Home BOOKS What Do You Prefer Dear Audiences? The Book or the Movie?

Book enthusiasts and movie lovers are constantly debating which medium tells a better story, which medium is more effective in eliciting a response. There may be no good answer. 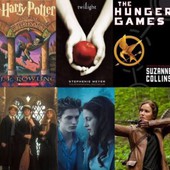 Films­­ – they can do a lot of things. They can bring a whole new world to life before our eyes; turn imaginary characters to living beings with flesh and blood. They can have us on the edge of our seats as vicious scenes are fought right before us, have us sobbing over a death, a heart break or smiling with joy. Films can make us see a lot of things- sometimes things that even books cannot convey so well. They are a pure escape- there’s nothing like sitting in the cinema, devoid of any other distraction, focused completely on the story playing on the screen.

Films are great, but they just don’t have the same inclusion that books have. You’re merely an observer: you aren’t feeling anything the character feels, aren’t feeling reading every single one of their innermost thoughts, all of their doubts and fears and hopes. Films let you observe everything. 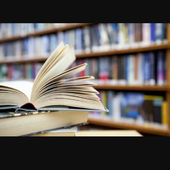 oks? Books let you feel everything, know everything and LIVE everything. With a book, you can be the hero who kills the demon with one twirl of your blade; you can be the girl who battles cancer, along with all the pain and uncertainty that comes with it; you can be a vampire, an alien, an angel, a God, a villain, a hero. You can be in love, you can hate, and you can triumph or lose. You can be anything and everything. There are no limits, no restrictions. Nothing is impossible; nothing is out of reach…

Many films that originated as novels are themselves considered classics, some of which are “Trainspotting”, “The Shining”, “Pride and Prejudice”, “The Godfather” and yes  “To Kill a Mockingbird”. On the other hand, many classic novels have been butchered by big screen adaptations such as “The Da Vinci Code” and “The Beach” .The same thing happened with “The Hunger Games”. They got almost everything exactly right, but they still did lack the same feel. The suspense and emotion just didn’t project from page to screen. The creators of the film have tried to emulate the tale of four English children falling into a world where animals can speak and magic exists: but to lackluster results. As with most stories involving magical traits, the seven books in the “Chronicles of Narnia” series are better left to the imagination.

However, the book doesn’t always take the cake. “The James Bond” films, which are based on the novels and short stories by Ian Fleming are without a doubt more captivating than the books. The charms of “007” are better in action, as are the cars, women and villains. Likewise, the movie “Shutter Island” is more successful than the novel by Dennis Lahane. 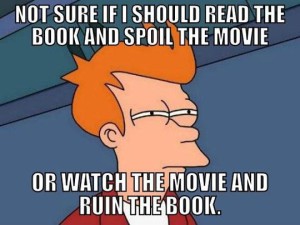 Both mediums have different elements that work in their favor that the other does not. A film has the visuals, audio and the human connection that a book could not physically create. Conversely, books have the invested time of the reader to expand on closer details and give insight into characters that couldn’t possibly be created in two hours of life.

It is still up to the individual to decide which they prefer, as both books and movies have their singular merits as we saw above. This is a contest that can’t be won by pitting the mediums against each other in a ring and waiting for the knockout punch. There is no clear winner here and there may never be, so let’s just enjoy the merits of film and novels, irrespective of each other’s successes and failures.

By Suruchi Singh for DU Times

How can alternatives help in our daily lives?

ALL YOU NEED TO KNOW ABOUT NORTH CAMPUS- SERIES