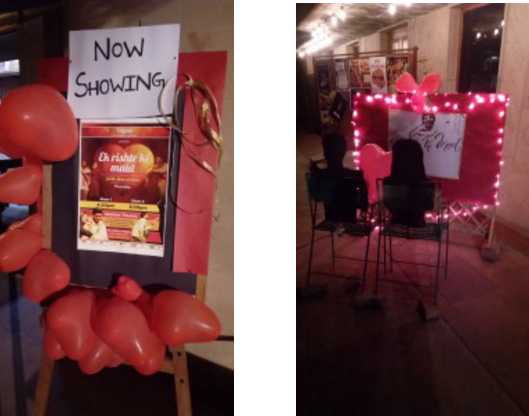 The evening of 24th December brought a new dawn for a budding performing arts group – Vayam. The organization that started as a college theater group witnessed its first professional commercial stage performance with its impactful play ‘EK RISHTE KI MAUT’ at Akshara Theatre in Delhi.

The play was performed twice in two different shows with the same cast and crew. The first one started at around 4:40 PM with a packed house of 110 spectators whereas the capacity of the hall was 100.Mr. Sidharth gave a short introduction about VAYAM, its journey and track record.  The cast included the following actors playing their respective characters meticulously. Rahul Saini as Rahul Sharma; Pauravi Srivastava as Chetna Sharma; Saurav Jaswal as the soul of Rahul; Prerna Yadav as the soul of Chetna; Aakash Bhardwaj as Kayyum Bhai; Sakshi Dhall as Mrs Kaushik 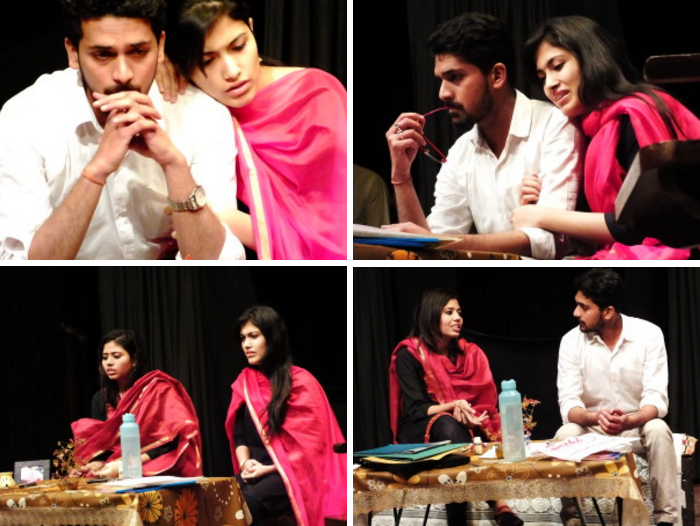 The play is about a couple and their turbulent relationship owing to marital differences. The play simultaneously moves with cast living in the present as well as reminiscing the past. It starts with Prerna playing the inner soul of Chetna and Saurav Jaswal playing the inner soul of Rahul, who are happily conversing with each other. They depict the glimpse of love and affection that the couple shared before marriage. Chetna and Rahul bought a beautiful house together, and they decorated it with their love and dreams. The past is picture perfect with sacrifices and faith that the couple showered on each other in the spirit of love.
Cut to the present, the audience witnesses that the true feelings of affection between the two is long lost and what remains today is a dreadful silence filled with misunderstandings and distrust. The situation worsens to the extent whereby they decide to file for divorce. Post their decision, the inner turbulence unfolds in the heart of the couple and their true emotions are conflicted with their fake egos. The war of pompous hatred and genuine love results with Rahul down on his knee again and Chetna accepting his proposal to give their relationship another chance.

The script is amazingly executed. The smartly designed costumes and an excellent set design justified the plot. The background music and lights managed by Anmol Jain and Shravan Kumar beautifully complimented the scenes.
In its very first professional endeavor, VAYAM enthralled the audiences with a beautifully intricate story exhibiting all dimensions of love. The mind-blowing and sensitizing performance focused on the marital relations that working couples of this day and age face. The audiences enjoyed each and every scene with a few tears rolling down on some of the seats. Both shows concluded with a heartfelt thunder of applause echoing all around the theater. The second show was marked by the presence of Ms. Shashi Nijhawan, Principal of Shivaji College which is home to Vayam’s college wing. The venue was decorated amazingly well in line with the theme of the play by the members of the college wing of the society. Another striking feature of the event was its theme ‘Sharing is Caring’ due to which around 40 bags of clothes, blankets, toys, school material etc. was collected and handed over to Uday Foundation for distribution among the poor. Mr.Prateek Bedi concluded the event by attributing the success of the event to a two-month long collective effort of a dedicated team and thanking the audience and event partners for their love and support. 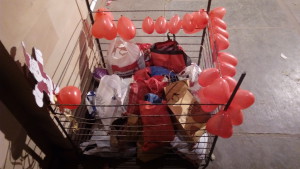