Home BOOKS “The education system is under one threat, one pressure and one ideology...

Congress President, Rahul Gandhi held a dialogue today at Siri Fort Auditorium, New Delhi with eminent academicians as a part of his attempt to reach out to all sections of the society ahead of 2019 elections.
Several leading academicians across the country pariticipated in the event. Earlier, the event was scheduled on 18th August but was postponed following former Prime Minister Atal Bihari Vajpayee’s demise on 16th August. 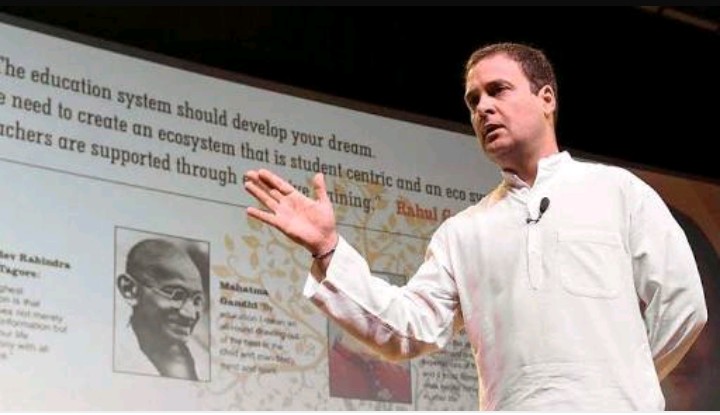 Rahul Gandhi during the interaction claimed to “Reverse the centralisation of education, if elected to power!”. Not only this, but also he blamed the present government for terminating the autonomy of educational institutions and imposing a centralised thought on them. Further, he went on attacking the Modi govt in his speech, he said “The education system is under one pressure, one threat and one ideology is being imposed on you. One syllabus had suddenly become institutionalised!” He added, that “You are not alone when you are fighting this battle! The teaching system must be allowed to have its own voice and express its own opinion. Not only the students, but the teachers must be assured of a stable future and the students and their families dealing with spiralling costs of education is unacceptable!”
He ended his speech by criticising the ‘Privatisation of Education’ and promising to reverse the centralisation of education, once he gets into power!