With the popularisation of Social Media, a whirlpool of misinformation continues to create ripples across India. A large number of people have been killed across the country in violence fueled by fake news in Social Media. There’s a darker side to the expansion of these fake news in India.
Hoax messages circulated through Whatsapp has led to mob lynching and triggered several such incidents in the past. The advent of fake news has also diverted the youth of the country and they tend to take justice into their own hands leading to civil disharmony. 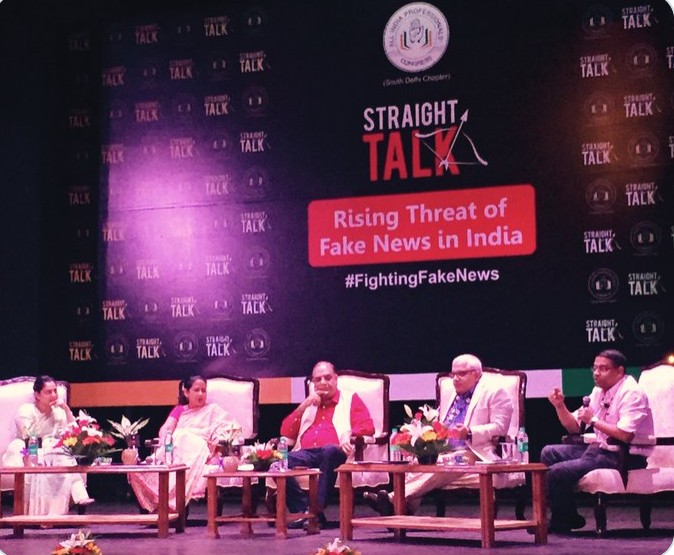 The AIPC on 22nd September 2018 organised the second edition of Talk show on the topic “The growing tide of Fake news in India” in NCUI Auditorium, Kranti Marg.
The event witnessed the presence of well known speakers, Mr Alok Mehta who is a renowned journalist, Mr Ankhi Das, Facebook head and Mr Puneet Nagpal, Linkedin head with other popular personalities, Soumitro Chakrabourty, Sharmishtha Mukherjee, Alok Mehta and Divya Pandana along with a crowd of hundreds of cross- sectoral professionals and students from top institutes from Delhi and NCR who also participated in the ‘talk show’ with the panelits and discussed about the Rising threats of Fake news in India and the significant role of Media!
#FightingFakeNews