Story Mirror Youth Creative Conclave, also abbreviated as SYMCC had its second day of events at Delhi College of Arts and Commerce (DCAC), Netaji Nagar.
SMYCC so far has 4 locations in all of India – Delhi, Mumbai, Chennai, Bhubhaneshwar. The languages adapted as of now are Hindi, English and Odiya. The day started with the usual allotment and completion of tasks by the interns, campus ambassadors, core team members. The teachers were around the corner for further instructions and any last minute help. Everyone, right from the interns to the core team members to the participants, everybody did really give their best to make the day a huge success.
Our day began with a small interaction session with the co-founder of SMYCC, Mr.Devendra Vishal Jaiswal who patiently gave us all the details and answered our questions. SMYCC, he says is an all-in-one platform to praise and appreciate the creativity of students in various fields. The aim is to nurture the talent of the Students, specially those who are a part of the Delhi University family. The focus is to not make students follow the mainstream trend of careers ranging from engineers and limiting to doctors. 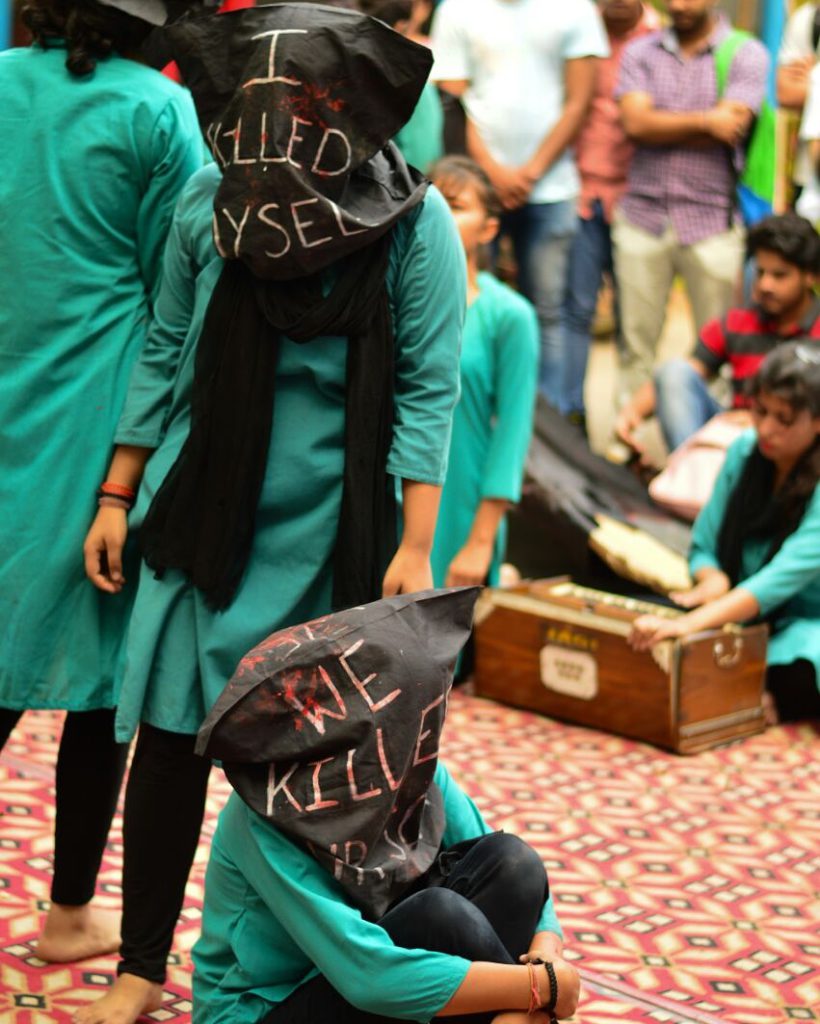 He says that it’s disappointing to see students not pursue their passion because they aren’t ‘secured’ about the job opportunities. To fight this, he also told us how the pushing force behind him starting SMYCC was the desire to create more job opportunities. If at this age of 20-30 years someone’s talent of creative writing is appreciated well, they can make excellent content writers in the future. If someone’s focus of the lens is improved at this stage, they can be a successful photographer. The struggle is real, and achieving this success of 2 years was a mammoth task. His message to the students is that they should never have a dull moment to let their creativity die. They must always pursue the career  their hearts feels they are born to pursue. He welcomes all the budding artists, the secretive writers and each one of us who wants to polish any creative skill. 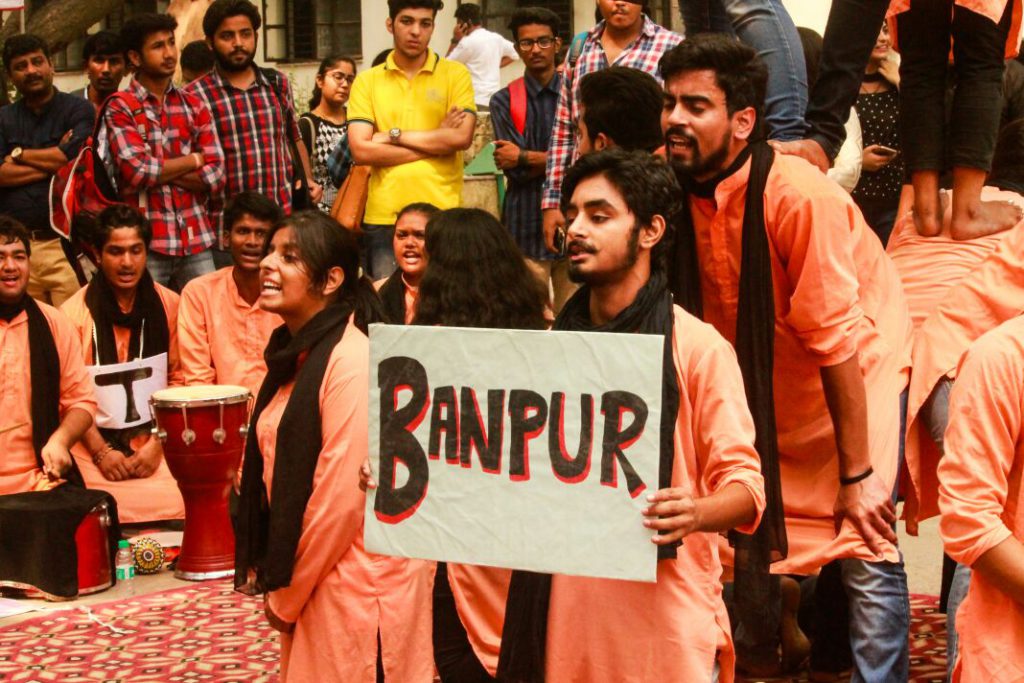 The whereabouts of everyone were interesting today. From rushing to get printouts, to calmly sitting and giving the touch up to their painting, it was a good feeling to see everyone doing what they are best at. In the meanwhile we spoke to two interns (volunteers) from Vivekananda College, DU from the Marketing team. Nikita shared how this has been her best experience so far. Not only has she discovered her hidden potentials to do tasks allotted to her, she’s also really happy about the workshops that she has been able to attend. Shivangi shared with us her experience of seeing people do things they are best at, and being appreciated for it is what made her really happy. She added how no creativity or no talent of any student is going waste here.
The enthusiasm and excitement level of the street play participants was something else now. They made sure the audience enjoyed what they were doing as much as they did. Some were showing off their dance skills, while some stole the show with their musical beats. Some slogans were really catchy and some facial expressions required more than just one glance.
What also  caught our attention was a personalized and merchandized products’ stall. SMYCC does not just promise job opportunities, it also acts on it. So the merchandized products included mugs, t-shirts, published books of budding authors and writers and the like. We spoke to Hitesh, who is the head of marketing for SMYCC. Students get 100% credit for their work that is being publicized by SMYCC. 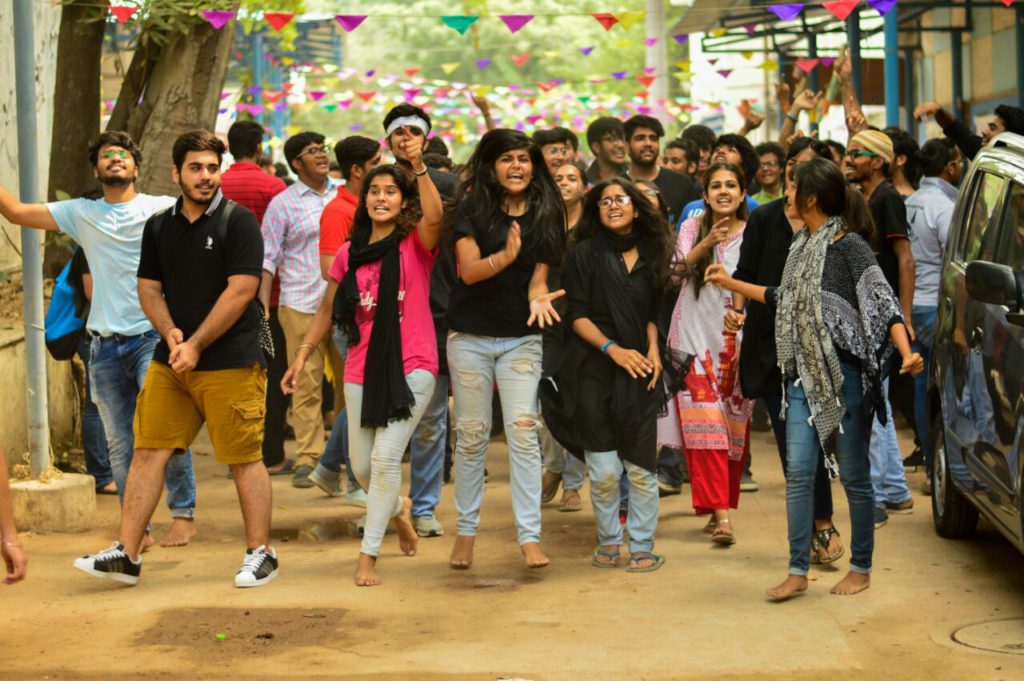 Considering the fact that this is the source of revenue for this creative organization, they have a website for taking orders and also on other e-commerce websites. Students are paid royalty for their work, and we know that hence they can take such skills on a professional level, after honing their talent with the help from SMYCC.
The organization has done almost everything possible from their end to give maximum help to students. Like for example, in the creative writing workshops, they were taught and given basics and dynamics of story writing by the best from the field. The likes of which who were present were, Shashi Dhar Sharma, who is a travel blogger, Suraj Prakash who happens to be a novelist, editor and translator, and Laxmi Shankar Bajpai from the world of Ghazal Poetry.  Utkarsha Arvind, (Head of Creative writing workshop and story writing competition) shared her views on how she appreciates the idea a lot. She says  it’s definitely one great opportunity for all the enthusiasts to learn and grasp from the best. Bibhu Dutta who is also a co-founder shared about his journey of a struggling writer who was not willing to pay the publishers. He felt for everyone who faced this problem. Started from the bottom and now here, he proudly mentioned to us about his work ‘Whales of Wish’. He said he wanted to motivate all the students who bury their talent and pursue careers they never wanted to, to give themselves one chance.
It was a good day, with a lot of experience and good flashbacks to take back. The message has made place in our heart and we congratulate SMYCC for doing something nobody else would have.