The University is about to have a DUTA flash protest i.e. by Delhi University Teacher’s Association. The protest is against the Tripartite MoU.

Tripartite MoU was first issued by the UGC last year, asking the teachers to sign the memorandum of understanding with the commission as well as the HEAD ministry, which said that the university will get benefited by it…owing to the major autonomy to be provided by this step. But a large section of DUTA is not ready to sign on the petition as most of them feel it is a kind of cheap arm twisting used by the commission and also that it will somehow subsume their powers rather than allowing them more of it. 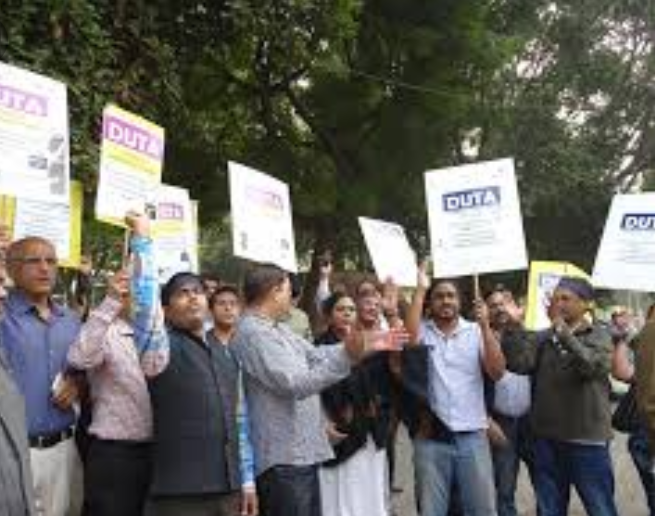 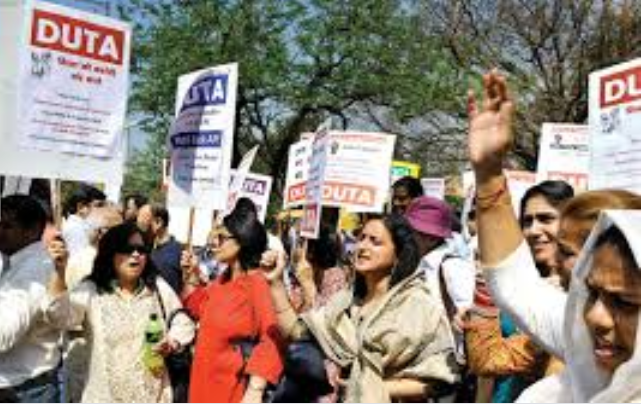 Also, DUTA seems dissatisfied to the utmost level due to many of its demands unfulfilled. The question is how will the university work when it’s very pillars i.e. the professors are not happy??

The demands DUTA has come up with are vivid as well as wide ranging. The teacher’s association demands
1) Counting of past services
2) Pending Promotions
3) Release of Pension
4) Removal of chairman, Dayal Singh college

These were some of the reckoned statements as demands of DUTA. It is an open card that teachers have been upset over UGC as well as HRD for some of the steps taken and proposals proposed. May that be the denial of counting service years while a teacher pursues PhD or may that be the autonomous system which is to advent soon!

The teachers association,in observance of all these fallacies has decided to have a protest. Hence, it has been declared as the suspension of classes for the day after 10:00 am.

Let’s see what the commission has to say after this!