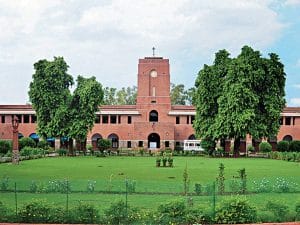 According to the admissions department, as of August 17, 3.18 lakh applicants had registered for various UG courses but only 1.47 lakh had completed their payments.

A seniormost official said that Delhi University is expected to disclose its first cut-off list for undergraduate programs by October 1. DU has previously stated that the first cut-off list would be released between September 8 and 10.

Dean of Admissions, Professor Pinki Sharma stated, “We intend to begin on October 1st. Because the 2nd and 3rd of October being holidays, we will begin the admissions process on October 4th. We are preparing our calendar accordingly, but the final approval is still pending. We will have to factor in the holidays (Dussehra, Diwali, etc) and take the opinion of principals,”

CHECK OUT: The first cut-off list for undergraduate courses is to be released by October 1.

Of the final registrations, around 82,000 are female and 65,000 are male candidates. There are around 70,000 UG seats across all colleges in DU. The UG registrations began on August 1 and will end on August 31.

Region-wise, the highest registrations are from the Delhi-NCR so far with 20,398, in line with the trends of the previous years. In contrast, the lowest number of registrations, 10 each, have come in from Cuttack (Odisha) and Shillong (Meghalaya).

The varsity has also received 8,333 extracurricular activities applications and 5,187 sports applications. Like the last year, this year also the admissions to these categories will be based solely on certificates. Trials have been done away with, keeping in mind the pandemic.

As of now, 1.37 lakh registrations have been done for 20,000 odd seats, and 73,917 forms have been submitted, according to the admissions department’s shared data for postgraduate (PG) courses. With only five days are left before the end of the registration process for PG courses 20,590 forms remain incomplete.

There have been 2,624 applications for History, while Applied Psychology has seen 1,254 applications. B.Ed and LLB have seen 9,084 and 11,935 applications respectively to date for PG courses.

Along with admissions conducted through cut-offs, DU also has UG courses and various PG courses based on entrance tests that will be held from September 26 to October 1 by the National Testing Agency (NTA).