Union Minister, Smriti Irani shares some inspirational quotes for her Instagram followers. She is known for sharing such quotes regularly.

The demise of actor, Sushant Singh Rajput has shook the country. Furthermore, the cause of death has affected more than anything else.

Her first post reads, “Never forget from where you came from and never take your eyes off where you’re heading.” 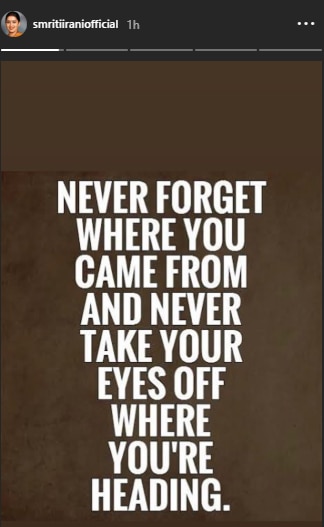 Additionally,the second lesson she shared through her quotes read, “Those who fly alone have the strongest wings”. She also shared a quote mentioning the importance of saying no. Further, she emphasized on saying no without providing an explanation for the same. And that it is okay to say no. 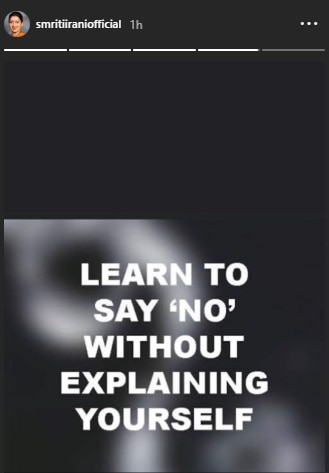 In her last Instagram story, the Union Minister asked the struggling people to stay strong, to not give up. Further, the quote was about inspiring, as no one knows how their lives inspire that of other people. The quoted text read, “Be strong. You never know who you are inspiring. Smriti Irani as of now is the Union Cabinet Minister for Textiles and Women and Child Development. Further, she is also a Member of Parliament (MP) from the Lok Sabha constituency of Amethi, Uttar Pradesh (UP).

The country is still healing from death of Sushant Singh Rajput. It has brought again into light the issue of mental health. Furthermore, it has also lightened the flame of nepotism in Bollywood.