After the Central Board of Film Certification ordered the release of the movie ‘UDTA Punjab’ based on drug menace with 89 cuts, the film director Anurag Kashyap dragged the scene in High Court. The HC said the scene in which actor Shahid Kapoor is seen urinating on the audience at a rock concert has to go – a cut Anurag Kashyap’s phantom films, one of the producers, readily agreed to. The 89 cuts included abusive words in songs and dialogue, a scene of a man scratching his side and naming the dog in the movie Jackie Chain. 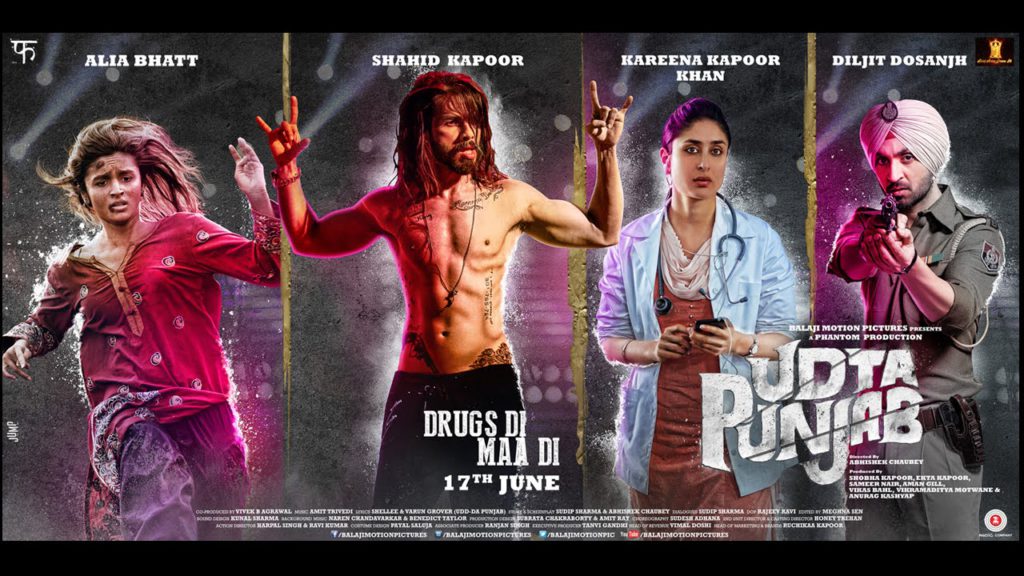 The Board should consider the film in its entirety. It can’t pick out isolated scenes,dialogues and read them out of context. CBFC has become like a sieve network and the unreleased movie is being passed through it after which finest of the fine shots are left which have no meaning in its entirety and incapable of delivering it’s message.

The CBFC must be a certification board and not a censor board. In fact it should stop wielding the scissors and only give movies different classifications- like suitable for +12 of age or Adults only.

CBFC should not be over- sensitive in matters of art.

A film casting drug menace problems can be an eye-opener for the youth. It is based on drug abuse in Indian state of Punjab.

CBFC acted so immature putting undue curbs or unreasonable restrictions. The CBFC needs to change the orthodox thinking and most importantly it’s “grand maa’s attitude” and update it’s version. It should know that it was dealing with a new generation of filmmakers who intend to experiment and compete with the best of international cinema in terms of not just technique but content.

To stop that abruptly by extreme measure may kill creativity.

“CBFC”, we would say just grow up. Avoiding casting and discussing the problem is not the solution but discussing with the right age of audience will surely fulfil the purpose.