The National Federation of Blind has moved to Delhi High Court against the Delhi University’s decision to conduct Online: Open book examination of the final semester/year, even the visually impaired students across all programmes. 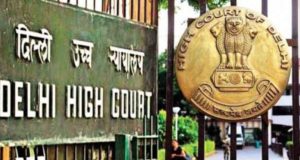 The Federation stated that the blind students who have returned back to their homes in remote parts of the country during the mid sem break, will not be able to avail the scribes during tht ongoing COVID-19 pandemic.

The organisation is among others who have moved to the Delhi High Court with the petition against Delhi University’s decision to conduct OBE which was announced on May 14 by the varsity. Hundreds of teachers and students have been protesting against the same.

Mr. S. K. Rungta, General Secretary of the National Federation Of The Blind, argued that blind students are more vulnerable to the virus, as they depend on “touch” more than anyone else.

Though the decision of OBE has met with a lot of criticism, the University seems to be firm with its decision.

Delhi University had earlier issued the examination guidelines for students with disabilities, which allowed a five- hours OBE. Nonetheless, the Federation has filed a petition and suggested that the visually impaired students be promoted on the basis of an offline examination and Internal Assessment marks.

“The federation has prayed for directions to the university, UGC, and the ministry to either declare the result of visually impaired and other disabled students on the basis of their performance on the previous semester marks…or offline open book examination one week after reopening of colleges and universities in the ratio of 50 percent marks for offline exam and 50 percent for internal assessment,” the federation said in a statement.

“If the university conduct open book examination…in July, it is most likely that most of the blind students would not be able to pursue any course during the academic session 2020-21, as the university process the entire test for other courses between July 25 and the first week of August,” Mr. S. K. Gupta said in a statement.

“Visually impaired students will not be able to participate( in the entrance exams) as they would not be able to appear in the proposed open book…exams in July 2020,” Mr. Gupta added.

The decision of an OBE in July is discriminatory for the visually impaired and physically challenged students. According to the UGC guidelines, the start of admissions in September means “depriving blind and other disabled students of their fundamental right of equality in the matter of participating in the examination and pursuing future studies,” according to the federation.