Home CAMPUS LIFE A peek into DUSU and the parties involved!
Soon the Election Season in Delhi University shall begin. Its the time when almost everything appears confusing but fascinating. Being a DU Student and staying away from Student politics is not really a good idea! For atleast once, in your DU life, experience screaming I-I-NSUI or A-B-V-P, no matter how insane it appears to be!?
But, before getting into Student Politics or joining any Student wing. Here is a short description about what DUSU is?, Previous Year Election and All the Political Parties/ Student Wing involved in DUSU which may help you in deciding your precious vote.
DUSU..?
The Delhi University Students Union, generally abbreviated as DUSU, is the students’ union at Delhi University.
DUSU is the representative body of students from most Delhi university colleges. Each college also has its own students’ union which holds elections every year.
Several office bearers of DUSU have gone on to hold public office at the state and centre level. DUSU elections have lead its members to step directly into local and national politics.
The Delhi University has a long history of student political activity. Since long, in DUSU, there are caste based politics taking place especially by major parties like, ABVP and NSUI which field mostly Jaat, Gurjar or Yadav candidates for important posts in DUSU.
DUSU 2017!
The main contestants for the presidential post were Rajat Choudhary of the Akhil Bharatiya Vidyarthi Parishad (ABVP), Rocky Tuseed of the National Student’s Union of India (NSUI), Parul Chauhan of the All-India Students Association (AISA), and independent candidates Raja Choudury and Alka. Elections were held on 12 September. The Left wing party, AISA which has always taken gender sensitization as a major poll agenda, fielded a female candidate for the post of president. The administration made public the final list of candidates on 6 September. The DUSU election was held on 12 September.
The counting of votes started at 8:30 am. The polls were held on 12 September. Nearly 43% students, out of the total voter base of 1.3 lakh students, cast their votes.
NSUI candidates, Rocky Tuseed won the post of president, while Kunal Sehrawat won the Vice President post. ABVP’s Mahamedhaa Nagar won the secretary post, and Uma Shankar won Joint Secretary.
KNOW YOUR PARTIES!
NSUI: 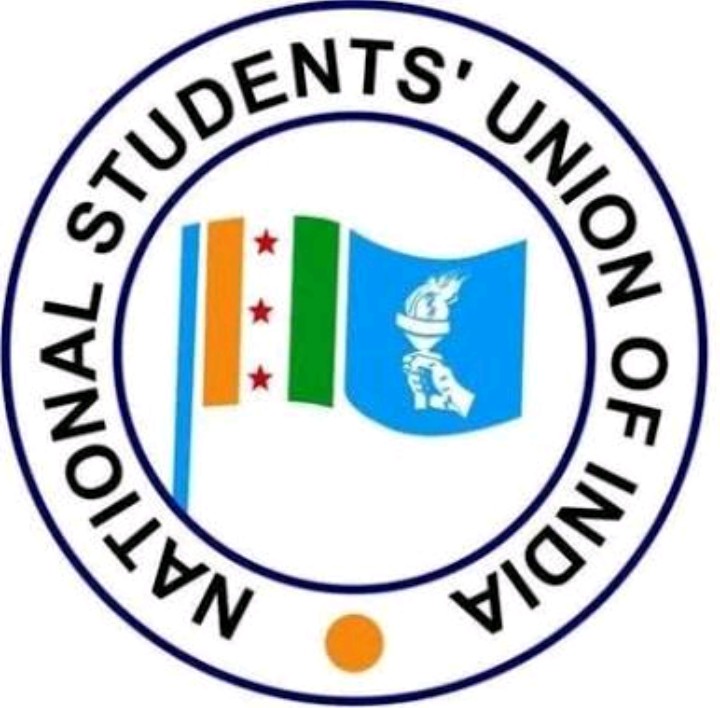 The National Students’ Union of India (NSUI) is the student wing of the Indian National Congress party, established on 9 April 1971. The organisation was founded by Indira Gandhi after merging Kerala Students Union and West Bengal State Chhatra Parishad to form a national students’ organisation.

Its purpose is to empower the student community to create responsible citizens and leaders.
Participation in DU: NSUI launched its manifesto for the DUSU elections 2017 and kickstarted its “Take Back DU” campaign in a press conference on 17th August 2017. The four-page manifesto which was released on the occasion talked about democracy and freedom on campus, ensuring equal opportunities, and making Delhi University more affordable. The motto of NSUI’s campaign for 2017 was “Take Back DU”, implying that the Congress-affiliated students’ wing wants to restore the peace in the campus, opposing the violence that occurred in the University in 2016 by ABVP which lead DUSU in the previous years.
The three aspects of manifesto were, first being democracy on campus and different aspects of democracy. The second thing was equal opportunities and affirmative action. The third thing was physical and financial access to Delhi University.
The party aimed to “Take Back DU” and make sure that there is democratic control over the campus. It also wanted to tackle issues such as difference of fees in colleges, the atmosphere of fear on the campus, the ideological conflict amongst parties, and seat cuts in courses all over Delhi University.
ABVP: 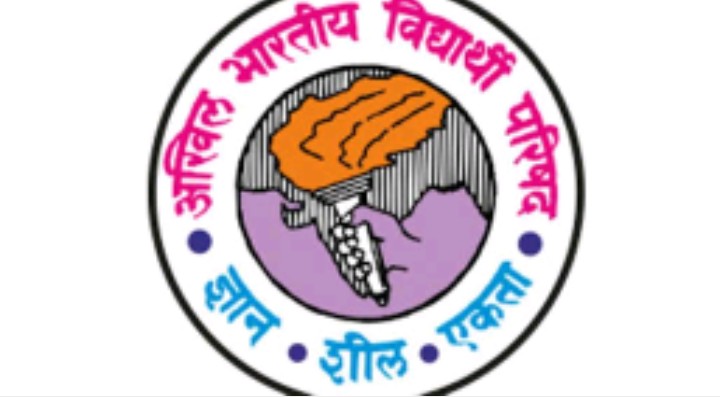 Akhil Bharatiya Vidyarthi Parishad (ABVP) (translation: All Indian Student Council) is a right-wing all India student organisation affiliated to the Hindu nationalist Rashtriya Swayamsevak Sangh (RSS). It participates in joint activities with BJP’s official youth wing, Bharatiya Janata Yuva Morcha. It is said to be India’s largest student organisation with more than three million members.
Recently, The ABVP launched an application for Delhi University aspirants that will help them during the registration process.
The app, called UniStack, aims to solve all admission-related queries and will also update the students about the cut-offs, said ABVP members.
Participation in DU:
ABVP released its manifesto promising security for girl students, admission reforms, and better hostel facilities. Further, it made promises to make girl students feel secure inside the campus by conducting self defence training camps, police booths, women police staff, a mobile app and regular police patrolling.
It also promised a fight for reforms in the admission process, logical fee structure, affiliating every college to DUSU, gender sensitisation, improving hostel facilities, and transportation, among others. The right-wing students body also said, it would demand insurance for students upto Rs 5 lakhs with a premium of Rs 1 per day. To solve issues on campus, the ABVP said it would form a governing body with one student representative from every college to meet from time to time to ensure the smooth functioning of the administration and discuss its prevailing issues.
AISA: 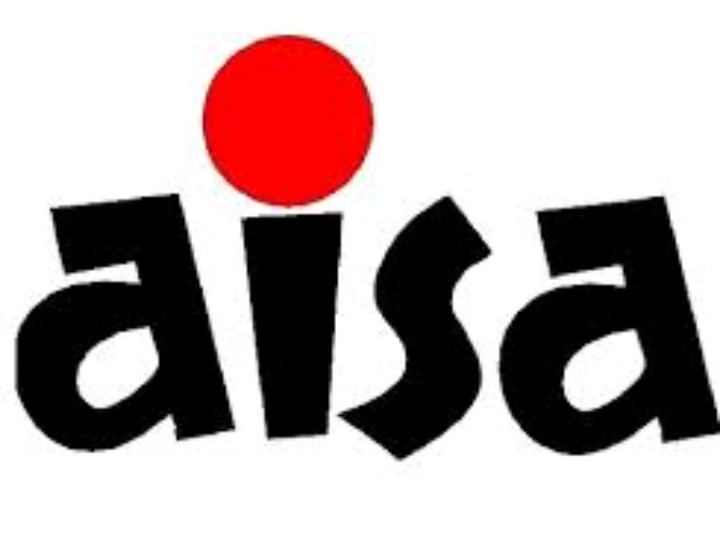 All India Students’ Association (AISA) is a left-wing student organisation of India. It is the student wing of the Communist Party of India (Marxist–Leninist) Liberation. AISA was founded in Allahabad on 9 August 1990 with the merger of several left wing student organisations operating in different states.
Participation in DU: The Ramjas College protests when ABVP members arrived within the college premises to disrupt a literary event which invited speakers like Umar Khaled and Shehla Rashid.
Parties like AISA and SFI (The Students’ Federation of India) were in the forefront protesting against ABVP’s alleged hooliganism-turned-violent activities.
Since then, AISA has been campaigning for a freer and safer, non-violent campus which provides a space for uninterrupted discourse of ideas, however controversial it be.
The party claims, if in power it will address issues of Affordable accommodation, Affordable transportation, Violence free campus.
AISA has consistently won in JNU Students Union (JNUSU) elections since 2006 but its participation in DUSU has been negligible.
CYSS: 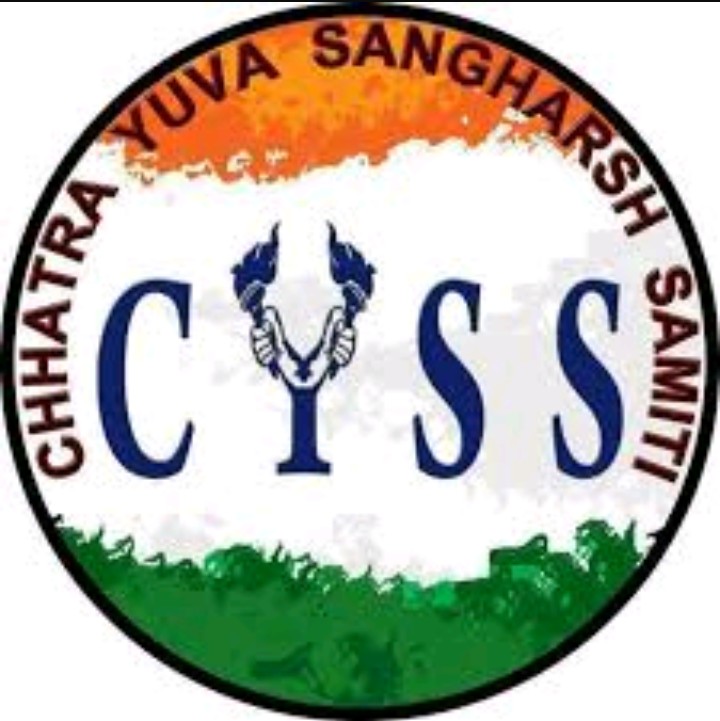 CYSS (Chhatra Yuva Sangharsh Samiti) is a student wing of Aam Aadmi Party’s (AAP) which was launched in 2014.
Participation in DU:
CYSS did not contest Student Union elections in Delhi University for previous two consecutive years.
The students’ wing said they are boycotting the DUSU polls this year as election in the university is only about “money and muscle power” rather than about real issues.
Sources in CYSS said that there was another reason to stay away from the DUSU polls that they had limited resources.
AISF: 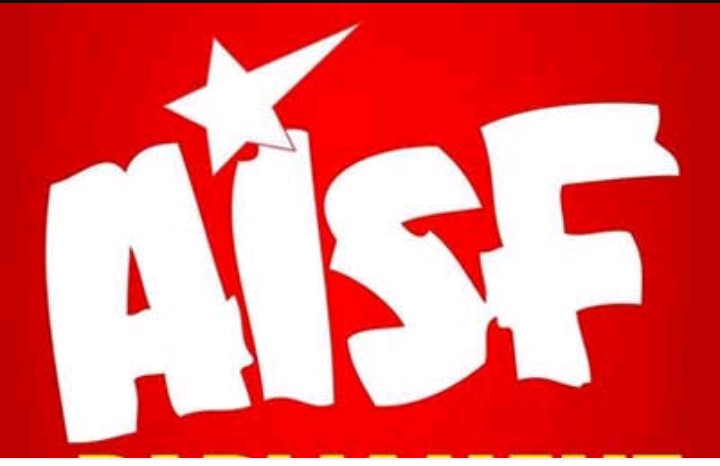 The All India Students Federation (AISF) is a student wing of the Communist Party of India.
Participation in DU:
It had made its presence felt in DUSU polls with all three candidates grabbing significant number of votes back in 2013. Then onwards, its presence in DUSU is nominal.