The social space around us no more carries a social framework. Rather it is more constituted now. A place where moral outrage could be transformed into moral courage is deferred.

A question arises among us against the state and the government about the coercive and authoritarian acts we are being victimized of. Looking at the contemporary scenarios it is more accountable due to the low infrastructure and poor health care facilities available here. Although, according to a report, now India has become the second largest producer in the world for the production of 2 lakh PPEs and N95 masks per day. And also, it has made growth in it’s capacity of 100 tests per day to 1.5 lakh tests in a day in little over two months.

The various developed countries of the world like that of U.S. is brutally devastated with 1,686,436 cases. Apart from the fact that it has well-done infrastructure and highly efficient economic sector. The only reason for the N number of cases is lack of proper governance. 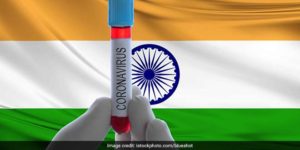 With 130 crore population, India being the second largest country among all, still manages to betray the pandemic to a greater extent.

Apart from the politics if we look upon the genuine aids and support provided by the authorities, then they are highly commendable.

Some of these measures are mentioned below.

Also, the citizens have played a vital role in preventing the worst situations. As this period has it’s own coherent properties of citizenship. It requires one to behave and function in a specific way. As the only ingredients to abolish this pandemic is social distancing and work from home.

Now, this pandemic has presented challenges to the citizenship as it requires more of a critical analysis of every aspect. It is a phase of focusing towards the true problems and being rational in approaches against pandemic.

And simultaneously, has also strengthen the executives like district magistrates, might have given rise to more of the federal properties.