Members of the All India Students’ Association on Thursday protested against the ‘unprecedented’ fee hike at Shyama Prasad Mukherjee College and demanded an immediate rollback.

The college has reportedly increased its fees by 80% to 100%  for the upcoming academic session. AISA sportsperson said, “The fees have been doubled as compared to last year. We have submitted a memorandum asking them to rollback the hike.” 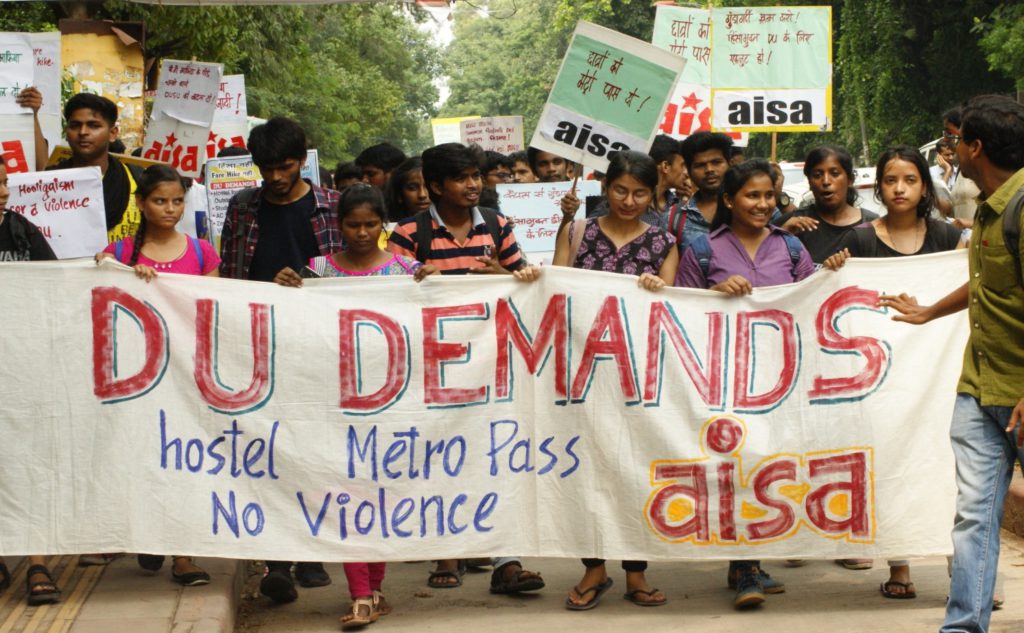 Meghna Mehra, a student of the college, said, “The fees of BA (Hons.) has increased from Rs. 3,600 to Rs.7,685 this year.” Kawalpreet Kaur, president of DU Aisa, said that the fees for BSc Computer Science have been increased to Rs. 40,000 per semester as an attempt to introduce higher fees under self-financing mode wherein all fees will be charged from students and no grant will be received from the government.

The college principal was unavailable for comments despite several attempts by media and other authorities.