Delhi University, the most sought after destination by UG students all across India is quite always in news for all sorts of reasons. People have varied opinions about the courses, people and about life in Delhi, making DU the hotspot for myths and all sorts of jibber-jabber. 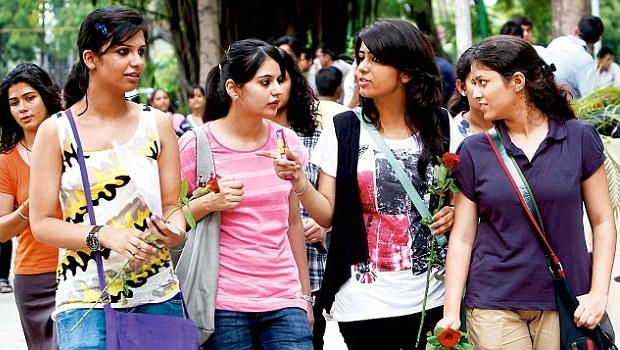 Being the most talked about place for UG studies, DU stays to grab a lot of attention from critics all over. Some consider DU colleges as overrated while others feel them to be the top-most. There is a lot of speculation about the life of grad students under the wing of the Delhi University. A large number of rumoured beliefs are just myths which attract undue attention to the university and here are some of the top facts to blow off the whistle from the major myths of the university.

2· Delhi Students don’t study:
Another greatly prevalent myth about Delhi University’s students is that they are not well inclined towards studies. DU has given a number of prominent faces to India which is a mark of its excellent academic record. The dedication of students in any institution depends solely upon the academic fervour of the students of the institute.

3· DU students bunk classes whenever they feel like:
A lot of people fall under the pretext that DU students lavishly bunk classes and do not have to worry about their attendance; something which is completely off beam. Having an at least 75% attendance is mandatory for appearing in the examinations and if this criterion is not met a lot of action can be taken against you including slashing your internals as well. Hence, bunking classes is not that easy folks!
And with a campus like DU, you wouldn’t want to bunk that often!

4· University’s initial days invite ragging:
Freshers have a number of uncanny fears; the biggest being the fear of ragging. The truth is quite contrary to this myth. Delhi University is quite cool in terms of senior-junior relationships and you’ll come across the most supportive and caring seniors who’ll be frank to you about everything.

5. DU life is a lavish blend of partying and wander lusting:
With a number of assignments, exams and tests going on; DU students have to really work hard with their course. The faculty is really serious about the work they demand, something which will leave you quite engrossed and anxious about your pending assignments.
Life at Delhi University is quite different from the infamous myths prevalent about the UG students; good students keep up the flag of their academic and co-curricular activities anywhere they go!