The University of Delhi (DU) may conduct an online ‘Open Book’ examination for the final semester students. 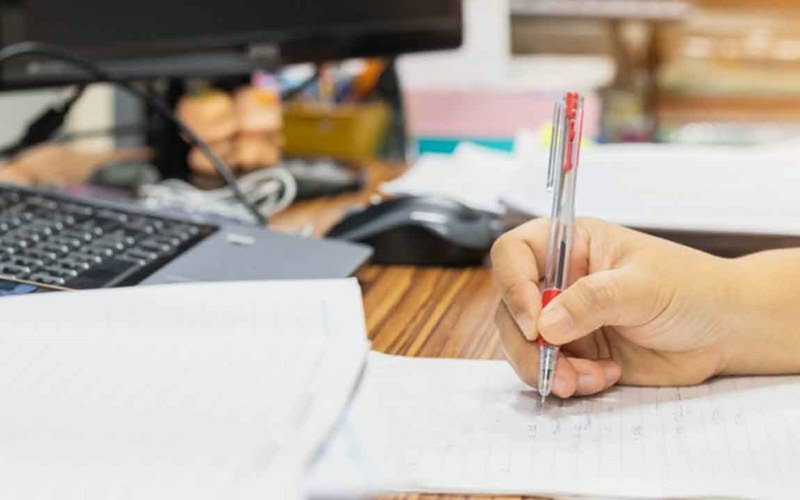 Currently, the biggest challenge before the University is to get the results of final semester students by examining them. The task force constituted by the University has suggested conducting the examination through an open book examination pattern, which was discussed on Friday. Apart from the task force, the idea of online ‘open book’ examinations was also discussed in a meeting held on Friday itself by the members of recently formed working group committee for examinations, which consists of 15 members, but a final decision has not been taken yet.

If this decision is finalized, then the students would have to take the exams from their respective homes. In order to conduct the Open Book Examination, the Task Force has suggested that students would be provided the question papers through e-mail. Then, the students would have to send the hand-written answers to the question paper within two hours and through the student e-mail ID only. Students would be allowed to use certain study materials such as textbooks, class or lecture notes, or any other approved resources like the internet. According to them, this will not only solve the problems of regular students but will also become the helping aid for final semester students pursuing their graduation from SOL as it has been observed that Delhi University has more SOL students than regular students.

However, the DU Indian National Teachers Congress (INTEC) has sent a memorandum to Delhi University’s Vice-Chancellor Yogesh Kumar Tyagi opposing the proposal. In the memorandum, they opined that the online ‘Open Book’ examination would prove to be a complicated process, as the University does not own any strong provision in respect to that. According to the professors, neither students nor teachers are trained for such exams. “Clause 3 of UGC guidelines clearly says the university can conduct semester exams as per ordinances, rules, and regulations. There is no provision of the open book online exams in the ordinances. The Academic Council (AC) meeting should be held to discuss and take decisions on the UGC guidelines,” said Ratnesh Rajan Saxena, a member of the Academic Council.

Dr. Pankaj Garg, a mathematics professor, and INTEC convener, and also one of the signatories of the memorandum said that about 45 percent of the students studying in DU are outstation students, and not all of them have access to the internet. He further added, “It is not a very good idea…Open book exams are meant not only to test the conceptual understanding of the students but also their ability to apply these concepts in real-life situations. They are best suited in disciplines that require testing based on direct reference to written materials. Students are evaluated on the basis of understanding rather than memorization,” said Pankaj Garg, mathematics professor, and INTEC convener, as stated by the New Indian Express.

How to calculate Best Of Four Subjects