Human life is but a series of footnotes to a vast obscure unfinished masterpeice’  are the words from a classic novel by  Russian American novelist Vladimir Nabokov Lolita . The novel is notable for its controversial subject: the protagonist and unreliable narrator—a middle-aged literature professor called Humbert Humbert—is obsessed with the 12-year-old Dolores Haze, with whom he becomes sexually involved after he becomes her stepfather. “Lolita” is his private nickname for Dolores.

The text Lolita can be interpretated in so many ways by so many different people. Was the relationship between the protagonist a passionate one or destructive? Is the well respected protagonist is actually  pasinately in love with the young girl or  is a mere perverted man ? 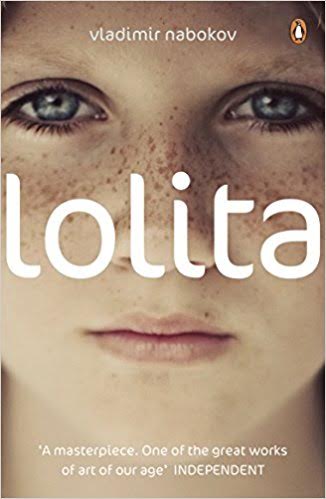 The classic text is so exuberant yet controlled, witty, allusive, and breathtakingly beautifully written. Published in 1955, it is many things: a love story; by its own admission a disturbing tale of child abuse; an elaborate game of language, rhythm and subtext, and much more. What never ceases to amaze me is the fact that English was not even this Russian writer’s first language, yet his fluency and poetic agility outclass almost any native author you care to name.

Humbert Humbert, who is attracted to what he terms “nymphets” – certain underaged girls. One summer, he chances upon the ultimate nymphet, Dolores Haze, whom he refers to as Lolita. After a strategic marriage to her mother, he spends the rest of the novel chasing the elusive girl, while attempting to thwart a rival

During my reading I slowly started to realise that Humbert was not a reliable narrator at all and although I had a lot of confusion about whether or not he truly was in love with Lolita, I came to the conclusion that the book is not a tragic love story about a forbidden relationship, it is about how a middle-aged man repeatedly took advantage of a young girl. One could say that she also wanted a relationship from the way she acted. However, it should have been Humbert’s responsibility to realise that it was not right to take advantage of Lolita.