Universities and colleges in Delhi are gearing up to celebrate “Surgical Strike” day on September 29 following an advisory issued by the University Grants Commission (UGC).

The day will mark the second anniversary of the Indian Army’s strike at terror pods across the Line of Control (LoC) in Pakistan-occupied Kashmir. 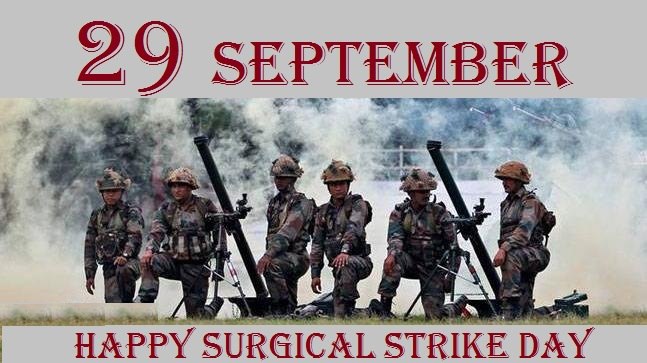 University of Delhi is going to celebrate this day today. It is organising a speaker’s session at 10:00 a.m. today at Conference Centre, North Campus. The speakers for the event are Maj. Gen. PK Saighal (Retd.) and Maj. Gen. Dilawar Singh (Retd.). Also, all NCC and NSS units of DU affiliated colleges are conducting various activities and events as a mark of respect for the Armed Forces Personnel.

Jaswinder Singh, principal of SGTB Khalsa College, said they would rope in their NCC (National Cadet Corps) cadets to organise a demonstration of how to “defend the borders”. “We will hold a demonstration of how such activities actually happen at the border and what our soldiers have to face. We will put up a dummy and students will attack it with the rifles they use for training,” he said.

“We have received instructions and we will follow. We plan to organise awareness campaigns to make students aware of sacrifices made by the armed forces. It’s very important to tell them how army personnel put their lives in danger at the borders while we sit comfortably in our houses,” Manoj Sinha, principal at Aryabhatta College, said.

The governing body (GB) chairperson of Dyal Singh College (morning and evening), Amitabh Sinha, said: “We organise all activities suggested by UGC. It’s a day of national pride and should be celebrated,” he said.

Officials at Lady Shri Ram (LSR) College and Bharti College, however, said they were yet to finalise a plan. “We will hold a meeting with our committees on Monday to chalk out the plan,” LSR principal Suman Sharma said.

Satyawati College will take its NSS and NCC team to India Gate where the Indian government will organise various exhibitions regarding the success of the surgical strikes carried out by our armed forces. Also, the students are required to write letters and poems for army personnel as a mark of respect to Indian Army.

Moreover, Jawahar Lal Nehru University will talk and discuss about the success of the Indian army and pay tribute to the army officials. Jamia Milia Islamia is going to organise a parade and demonstration to pay tribute to our brave army personnel.