When the Supreme Court, in a historic judgment, struck down Section 497 of the Indian Penal Code, it was not on the petition of a legal expert of a gender equality activist. Instead, it was a happily-married Malayali Christian who had challenged the law on adultery, seeking equal rights for men and women on the subject of adultery.

Here’s all about him. 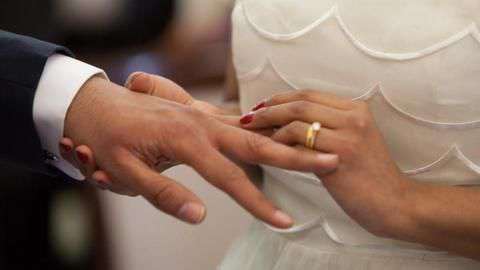 Shine, a hotelier in Italy, is the person responsible for the petition against IPC Section 497 that criminalized adultery.

A happily-married man, Shine had no personal interest in the petition, but filed it nonetheless to rescue Indian men from being penalized for having extra-marital affairs under the 158-year-old draconian law.

Shine held that the law, apart from being sexist, dented the individuality of men.

But, a friend’s experience triggered Shine to challenge Section 497

While Shine’s lawyer, Kaleeswaram Raj, holds that he is in general interested in social causes, and particularly in Kerala, the Mint reported that it was an experience of a friend that triggered Shine to challenge Section 497.

Shine’s close friend in Kerala, which is a state infamous for adultery, had committed suicide after a female colleague falsely accused him of raping her.

Shine feels that for those who are unaware, under IPC Section 497, a man who had sexual relations with a married woman without the consent of her husband could be be imprisoned, while the woman herself was exempted from punishment.

Additionally, Section 497, which was usually read with CrPC Section 198(2), prevented a wife from prosecuting her husband or the woman with whom he had extramarital relations.

The Supreme Court rules that adultery isn’t an offense

In its verdict on Shine’s petition yesterday, a five-judge SC bench headed by Chief Justice Dipak Misra ruled that adultery would, henceforth, not be a criminal offense till “it attracts the scope of Section 306 (abetment of suicide) of the IPC”.

“It is time to say that the husband is not the master of wife,” said CJI Misra.

The verdict was hailed as progressive.

One gender cannot have legal sovereignty over others

“Legal sovereignty of one gender over another is wrong. Any system or law which affects the individual dignity of women in a civilized society invites the wrath of the Constitution,” asserted Chief Justice Dipak Mishra.