Home BOOKS Thriller : “WHAT YOU SEE CAN HURT YOU” ~ Paula Hawkins

BOOK REVIEW : THE GIRL ON THE TRAIN 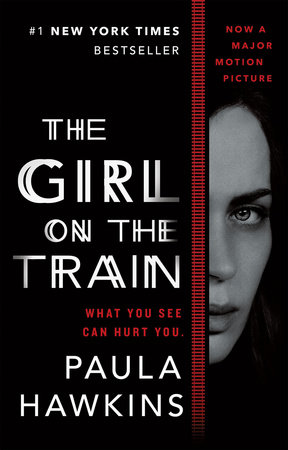 The Girl On The Train is a psychological thriller written by British author Paula Hawkins in 2015. It is one of the amazing novels that one could ever read. The work, the mystery, the thrill, the suspense, all of it is merged so well that one cannot get eyes off the book once started reading. The book turned out be New York best seller and a Major motion picture later on starring Emily Blunt and Luke Evans. Though the book isn’t a continuous story in certain number of chapters but instead is a blend of perspectives of three female narrators storytelling in a consecutive way, which is also what is very unique about this book. You get to know things from different lives and different aspects and still cannot believe or trust even one single character. You read about one character, presume things and the next thing you know when you go on reading is that, you were wrong.

It’s  well-written, precisely plotted psychic thriller, and cleverly sketches one unreliable narrator after another and so on. There is not a character that can be trusted here,all the characters here are terrible and have immensely messed up lives and not even single character for sure can be predicted as the murderer without a dilemma. Rachel, the drunk character, catches the same train everyday, watches two love birds(Megan and Scott) who are also the neighbors to her ex and his wife( Tom and Anna),  till one day when the girl goes missing. She might know something but being wasted all the time cannot be trusted. Megan, the missing girl, haunted by her painful past, was cheating with Tom (who is also Rachel’s ex), on her husband (Scott), got pregnant, turning her into the victim. Anna, self-esteemed and considers herself to be far above Rachel and wants her gone from her life forever. At the end somehow she changes herself and gets against her husband just because he turned out to be something and she couldn’t trust him and not actually caring about any justice to anyone.

Now the question here, the suspense on which the book revolves around is “WHO KILLED MEGAN? WHY IS SHE MISSING?”. Did she commit suicide out of guilt? Did Rachel got drunk and knew she was pregnant with her ex’s child and killed her? Did Tom kill her because he was afraid of the truth of pregnancy to be out? Did Anna, who has a baby, got to know her husband was cheating on her and got her pregnant then killed her? Did Scott, her husband, who came to know his wife was cheating on him killed her? All of them become suspects at one point or the other while we’re reading this. But to clear out the suspense it was, Tom. Yes, it was him who was afraid of being exposed so out of anger he killed her. Though until the end till when Tom reveal himself in front of Anna and Rachel, nobody knew that they were having an affair, so he wasn’t much of a suspect neither was involved in the case much. So, it turns out to be a completely different angle in this thriller.

Though the story mightn’t give any moral values but it definitely tells about different personality traits one single person can carry and how you can never trust anyone blindly. It is an awesome read for only those who are interested in keen fiction and thriller suspense stuff and not in any actual relatable stuff or extreme moral values, though this can sometimes be very relatable or logical if one must say. I, being very keen to read suspense and thriller, loved it and would rate this All in all, a good read indeed.

13 Life-Altering Books to Add to Your Wishlist!

Book Recommendations, To Get You Through The Lockdown