Home BLOGS The Struggle Of The Migrant Workers

Life across the globe has come to a standstill due to the global pandemic. People are trying different ways to be happy and cheerful but happiness is the last resort for the migrant workers of India.
The highways are heavily congested with the workers walking with their families carrying an emotional as well as a physical baggage. The urge to reach their homes has led them to a point where they are ready to face any sort of peril. The workers decided to start this journey by walking back to their native villages. Several accidents have occurred in the last few days including a run over by a goods train on 16 migrant workers who were fatigued by their tiring journey and decided to rest on the tracks, little did they know that this would lead to a fatal end. 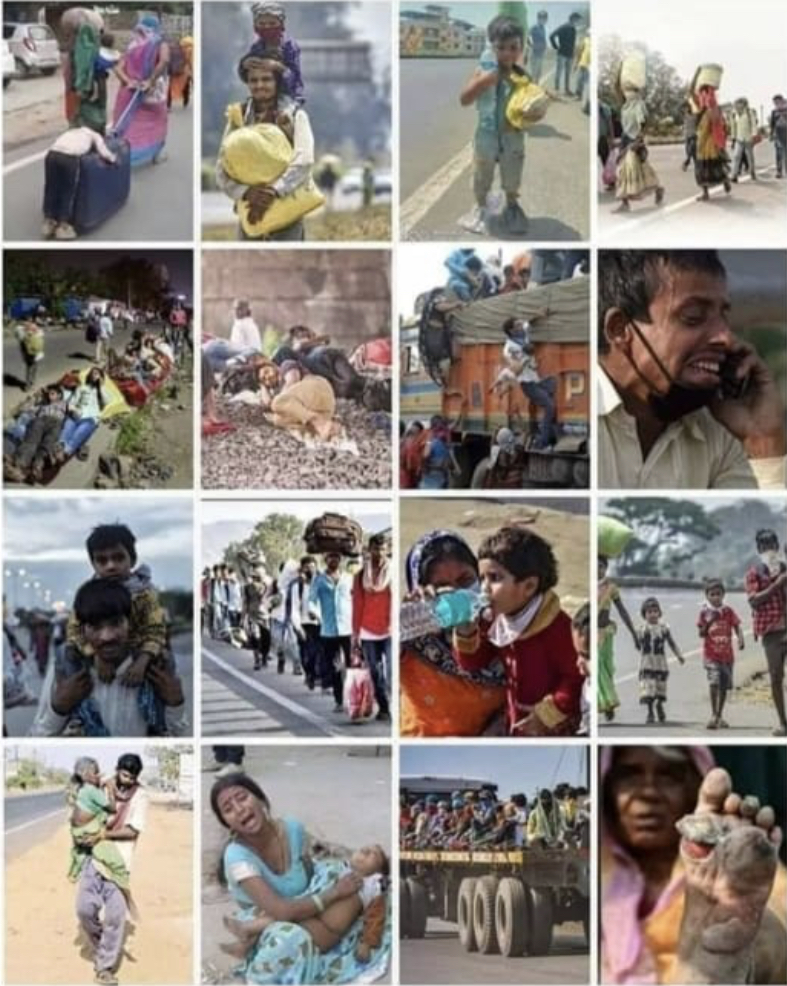 According to the sources migrants workers are dying almost everyday due to the lack of facilities. It might be hard for the earning class of the country to step in their shoes and feel the struggle due to lack of food and work during this pandemic. The workers are feeling neglected by their government due to insufficient knowledge and awareness as they are not able to understand the gravity of the situation and are simply defying the authorities which  further leads to more damage. The lack of education made it hard for the working class to decipher the information meant for their benefit.
The Government initiated various policies like 1 lakh cr aid for the reform in agricultural sector which will help in boosting the income of the farmers. The government also introduced one nation one ration card scheme in which food without NFSA card will be distributed for the next two months.

Who is to be blamed for the death of the migrant workers the covid19 or the government? The question still remains unanswered as it took us a pandemic to realise the importance of the basic necessities and working together to achieve a common goal which in this case is to fight the virus and ensuring the betterment of the economy.