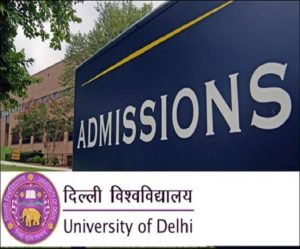 Amidst the strangling issue of online examination for the college students its a tough time for the students who are aspiring to get admission into different colleges including Delhi university. Not much has been revealed but so much to keep the students updated and on the line for the admission schedule.

The tentative admission schedule of opening of the registration portal for the admission process for Undergraduate, Postgraduate, M Phil and PhD courses shall begin from June 8 at 10 AM till June 30 at 5 PM as the last date as per the Administration with the standing committee of the Academic Council. Later, the portal might reopen in the end of July till August 9 to allow the students to update their class 12 grades on the same.It has been likely to be decided that there will be a release of 5 cut offs starting between August 11 to August 14 and succeeding cut offs to be released further on August 18, August 23 etc. The sixth and so on cut offs would be released on the basis of number of seats vacant in different courses.

The DU Admission Schedule process is already late by two months and yet this tentative schedule  will be permanently followed or changed totally depending upon the declaration of Class 12 results and Covid-19 situation at the same time. Last year, the registration started from May 30 and The first cut off was released on June 27. Yet the remaining Class 12 exams are likely to be taken up in the month of July so there is no certainty about the declaration of their results as well. Also, The complete admission process will be entirely online this year and no offline admission for any candidate will be available says Shobha Bagai, the head of university’s admission process. She also says that the physical verification of the certificates wouldn’t be immediate. Rest information will be updated soon.