Director Rajkumar Hirani is the latest Bollywood star to be named in the on-going #MeToo movement in the country.

Rajkumar Hirani, one of India’s biggest filmmakers, who has given big hits such as the Munna Bhai films, 3 Idiots, PK and Sanju, has been accused of sexual assault by a woman assistant who worked with him on the Sanjay Dutt biopic. 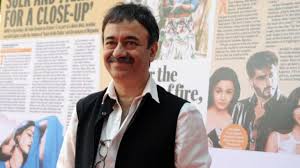 The woman has alleged that the acclaimed filmmaker abused her over a period of six months, between March and September 2018, while filming his last movie Sanju, which released on June 29, 2018.

In order to share her ordeal, the woman alleged the above mentioned in an email addressed to Sanju co-producer Vidhu Vinod Chopra on November 3, 2018. Other recepients of the email included Anupama Chopra, the director of the Mumbai Film Festival (MAMI), scriptwriter Abhijat Joshi, and Shelly Chopra, Vidhu Vinod’s .sister, and the director of the upcoming film Ek Ladki Ko Dekha To Aisa Laga.

“I remember forming these words on my lips – “Sir. This is wrong… Because of this power structure. You being the absolute power and me being a mere assistant, a nobody – I will never be able to express myself to you. My mind, body and heart were grossly violated that night and for the next 6 months,” the email read.

In an interview to HuffPost, the woman said that she had “no other choice but to be polite to him” since her job was at stake. “I had no choice but to be polite to him. I was worried that if I left midway, it would be impossible to find another job in this industry if he were to speak badly about my work,” the woman said. “Because if Hirani said I wasn’t good, everybody would listen. My future would be in jeopardy,” she added.

However, Hirani’s lawyer has denied all allegations, calling them “false”, “completely unjustified”, “malicious” and “defamatory”. “I was completely shocked when these allegations were brought to my notice about two months back. I had suggested immediately that it is essential to take this matter to any committee or any legal body. The complainant has chosen to go to the media instead. I want to very strongly state that this is a false malicious and mischievous story being spread with the sole intention of destroying my reputation.” Hirani said in a statement.