In a country like India, where Bollywood is preached and Cricket is considered as a religion we automatically tend to admire the celebrities of both the worlds. The metaphors have gone beyond the actual sense, as we Indians truly and deeply recognize Sachin as the God of cricket and Bachchan as the God of Bollywood. But isn’t the immense love of a whole country enough to raise the social responsibility of celebrities like these?

A die hard Indian cricket fan cannot forget the final match of the Champions Trophy 2018 between India and Pakistan, where India lost but Hardik Pandya won the heart of the nation with his fantastic game of 76 runs in 43 balls. He brought his chilled out attitude on the field against the humongous pressure and was praised immensely, he became the new heartthrob among the cricket fans. The excitement of discovering his real life was suddenly increased among the fans when along with KL Rahul he was announced to make an appearance at Karan Johar’s famous chat show “Koffee with Karan”. The amazing and fun mixture of the two most admired worlds for the first time on such a platform was what everyone was looking forward to. 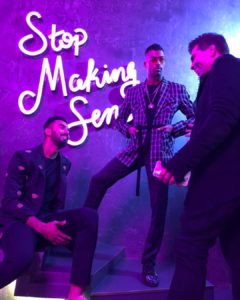 Soon after the episode was aired on 6th January, Pandya and Rahul became the targets of criticism for their ‘Sexist, misogynistic and racist’ comments as things took an opposite turn as to what was expected to happen at the debut of the cricket on the much sought after ‘Koffee couch’. Its when Hardik stopped making sense, quite literally.

On the show, Pandya boasted about his dates and hookups with multiple women and also revealed how his parents encouraged his disrespectful attitude towards women. “Why don’t you ask women’s names at nightclubs?” asked Karan Johar when Hardik replied by saying that he struggles in remembering names of the women he interacts with during such parties. “I like to watch and observe how they move. I’m little from the Black side so I need to see how they move,” Pandya responded.

Another question from Johar that attracted a debatable response from the two cricketers and made their boast even more prominent was, “If you all hit on the same women, then how do you decide?”. Rahul answered saying, “up to the woman” while the outspoken Hardik said: “Nahi nahi aisa kuch nahi hai, talent pe hota hai. Jisko mila woh leke jao (Nothing like that, it’s about talent, whoever gets them, takes them)”.

Hardik Pandya also revealed that he even informed his parents when he lost his virginity by telling them, “Aaj mai kar ke aaya.” “When I lost my virginity, I came home and said, ‘Main karke aya hai aaj (I had sex today)’. At a party my parents asked me ‘acha tera wala (women) kaun sa hai [who is your interest here?] so I said yeh, yeh, yeh (pointing out women)’ and they were like ‘waah proud of you beta’,” Pandya boasted.

Although, KL Rahul in no way matched the extent of the insulting comments of Pandya but he too is held responsible for joining him by laughing on his sexist remarks and perceiving them as a ‘joke’. The internet isn’t ready to forgive him either even after Pandya’s public apology and a temporary ban on both the cricketers by BCCI. After all, these are the people who inspire many young followers and are looked upon as idols who represent the nation worldwide. Obviously, their swag is amiable and their chilled out attitude is inspirational but taking that chill into a nationally televised talk show and then claiming of being “carried away” is not cool. Referring to Caribbean culture as “Black Culture” is not cool. Treating women as commodities with casual sexism- “jisko mila uska” – is not cool. 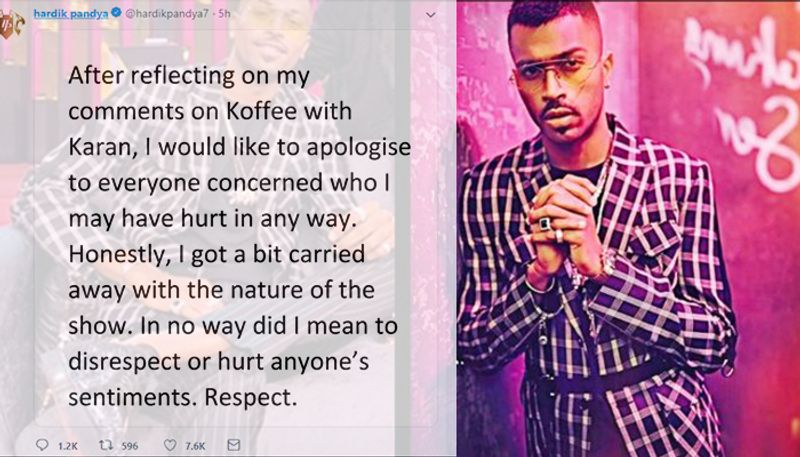 In fact, why just target Hardik and KL Rahul? Isn’t the show host Karan Johar equally responsible for throwing such personal questions about one’s sexual preferences and airing it on National Television?

With Hardik and KL Rahul coming at the receiving end, the internet is equally angry at Karan Johar for putting them in the spot by asking some rather uncomfortable questions. Criticism of Hardik Pandya for his comments on Koffee with Karan is right, but Karan Johar should also be equally held questionable for the sexist questions he asks.

“Rate women in Bollywood on the basis of their “sex appeal” ”

Why doesn’t that seem problematic to the audience? The answer lies in the previous episodes when he is heard giving a monologue on the MeToo movement and calling himself a Feminist. The hypocrisy seems to be evident. How can these celebs with their social responsibility work for the betterment of women and their position in the society when their claims are merely pretentious? Karan Johar and KL Rahul are equal in the misconduct as Hardik Pandya because they chose to giggle over his sexist remarks rather than asking him not to pass such “crass and cringe-worthy” comments while he was spouting trash with pride in the name of humour.

All that can be suggested to Mr. Pandya is that the recent years have been really challenging for women in terms of marriage, religion, equality, harassment and so much more and that’s why sticking out your tongue to “hard-dick, always”, is not funny!