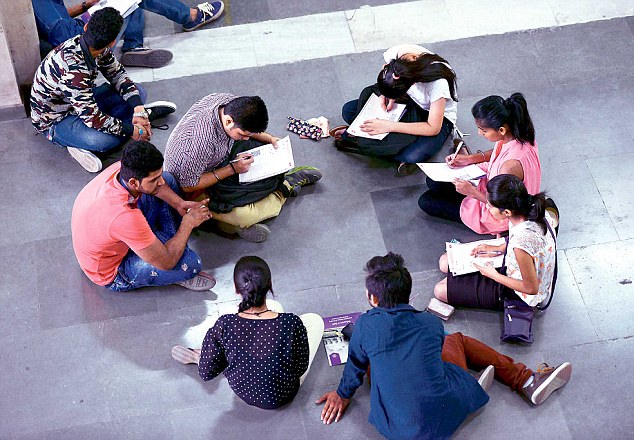 Sky-rocketing cut-offs is not the only hassle for those aspiring to study at Delhi University, but also the shortage of hostel seats which has the students scrambling for private facilities.
Due to the huge crunch, many students are forced to take up alternative accommodations, which means shelling out more money, as well as living amid security concerns.

The university at present has 15 off-campus hostels and nine colleges with boarding facilities on their premises. Out of the nine, only five have accommodation for women.
There are only about 9,000 hostels available for the estimated 1.8 lakh students enrolled with DU. The varsity admits an average of 55,000 students every year.

One has to shell out anything between Rs 8,000 and Rs 9,000 for private accommodations in areas like Vijay Nagar, Hudson Lane, Bungalow Road and Kamla Nagar.

The demand for more hostels had also been raised in the  past by council bodies of the University as well as its students’ union (DUSU) and teachers’ association (DUTA). The authorities, however, claimed that the proposals for more hostels have been under consideration and their is no laxity on the university’s end.
The Delhi University Teachers’ Association (DUTA) too has come out in their support and urged the HRD Ministry to increase the outlay for infrastructure.