Dyal Singh College has been facing crisis since a long time, all this began when Dyal singh college morning and evening were both converted into two morning colleges. However, Delhi University Teacher’s Association called the decision as ‘illogical and arbitrary’. Secondly, change in the name of the college to ‘Vandemataram College’.

All of these crisis were heated up after the elections 2018 when the Presidential candidate, Rohan Awaana was charged of violating the code of conduct and therefore his election for president was declared as nullified by the Principal, in response to which Mr Amitabh Sinha, Chairman of the governing body intervened into the matter and overruled the decision. 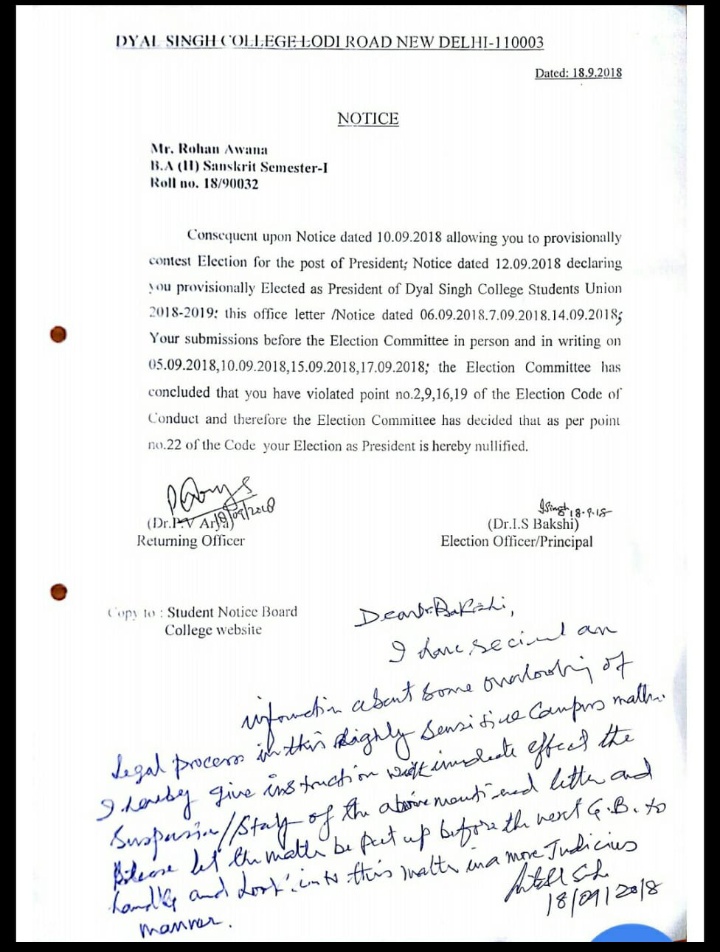 On September 24, the Chairman, Mr Amitabh Sinha had issued an order sending Principal IS Bakshi on “long leave” after accusing him of financial and administrative irregularities. 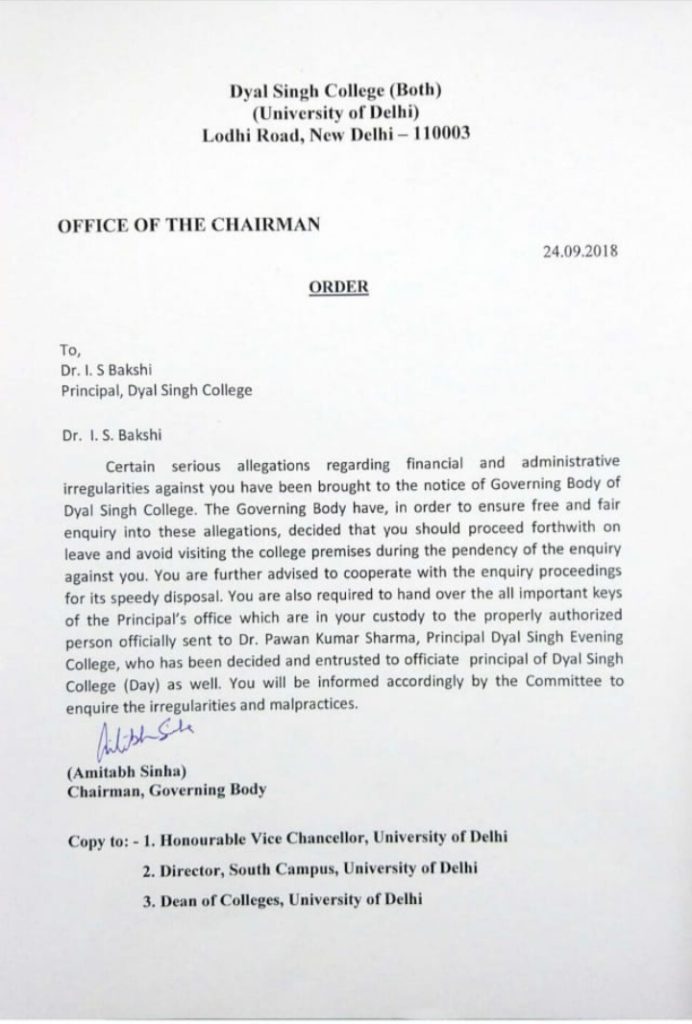 However, the principal continued to visit the college, stating that the order was illegal. A few days back, Mr Sinha sealed Bakshi’s office, claiming he had occupied it without authority.

Today, Principal IS Bakshi was however spotted taking his classes and teaching students outside the college gate. 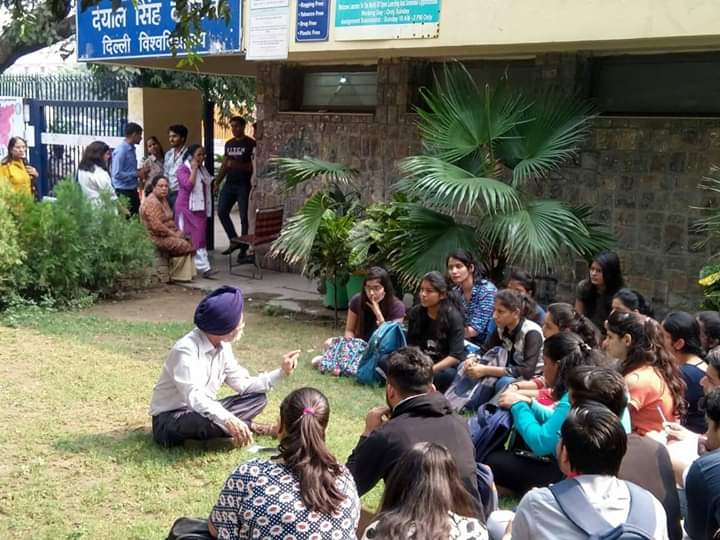