The Delhi Police on Wednesday arrested a 20-year-old Delhi University (DU student), Anshu who was pursuing a degree of BA Programme from Swami Shraddhanand college, along with his accomplices, who allegedly shot dead two brothers in Haryana last month. A sophisticated pistol 7.65 mm and two live cartridges were recovered from him The police said he wanted to avenge an assault on him last year that had made him “a laughing stock in his village”.

Anshu had rivalry with one Aashish alias Ashu (25), from Halalpur, Haryana. Last year, during a wedding he got into a fight with Ashish over some issue, this enraged Anshu and he called his friends Sandeep, Rohit, Mannu, Arun and Kartik from Narela and planned to attack Ashish in September this year.

They allegedly opened fire on Ashish, and when his brother Himanshu came to his rescue, they also fired at Himanshu. The brothers died in this incident. 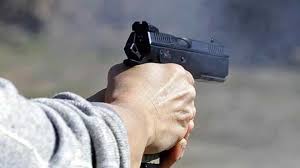 Hence, A beating a student of Bachelor of Arts took an unexpected and ugly turn when the same student ended up embroiled in a murder of two brothers in Haryana.

Also Read: Why DU students need to live the moment!