Almost every day we hear cases of drunken driving and the deaths because of it. Recently on Wednesday 23rd Jan 2019, in a road mishap, a 19-year-old DU student was killed. His 3 friends were injured when their car overturned after hitting the divider in North Delhi’s Sara Rohilla. 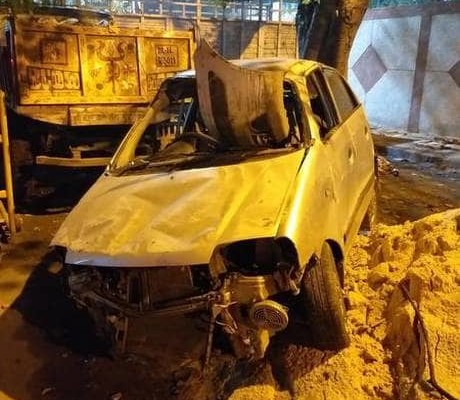 Police were informed about the incident around 3 am and Deputy Commissioner of Police(North) Nupur that the four were traveling in a Santro car as they were heading towards Murthal from Central when the incident took place at around 3 am near Gurudwara at Chowki. As soon as the police was informed, the officials of the Sarai Rohilla police station rushed to the spot and took the victims to NKS hospital. Shivam Shankar was declared brought dead. Arnesh was discharged after primary medication and the other two friends are under medical observation.

During the investigation, Arnesh revealed that they were returning from Shivam’s relative’s wedding at Karol Bagh. On their way back, they decided to go to Murthal for a joy ride, said DCP. An eye witnessed, informed the police vehicle was in high speed. As the car reached Gurudwara, Shivam lost control over the car, which hit the divider and flipped twice before coming to halt. Medical reports confirmed the fact that they were under the influence of alcohol, the officer said. At Sarai Rohilla police station, a case has been registered and the investigation is underway, said police.