A Week before on May 5, Tuesday University of Delhi released its result for odd semesters ,i.e, NOV-DEC ’19 for some of the several other courses. One of them being English hons. , the respective third year students found an unexpected decline in their grades. The results were already late for about five months and now have created lot of issues as well. Now, the students from various colleges have gathered up together to speak against it.This is a major setback especially for the final year students. 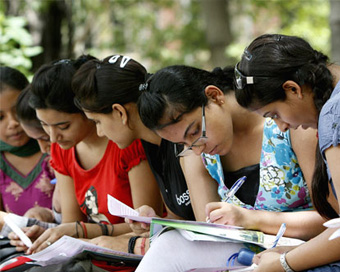 While some of the students saw a marginal decline , some experienced a large dip of 1-2 grades in their SGPA which is unreflective of their performances in the previous semester. The students who have scored more than 7 in the last semesters have now dropped off their score to 5 or 6 . And it is not only the final year students but some of the second year too who have faced such problems. Due the DUTA strike , the classes this semester were already being cancelled alot and the same remains the reason for delayed results and the acute decline in them.Some of the students are stunned while some are going into depression , facing insomnia and other health problems.

The students are now getting together and trying to approach the Vice Chancellor of Delhi University to get their results revalued and look into the matter of such unexpected decline. They are creating and signing several petitions through a website called  “Change.org” so that students from all of the colleges can be shown as taking up a stand together.

Also, the students talked to their Respective teachers and Teacher-In charges and what what they have suggested has been agreed upon by the representatives of the respective colleges. They are planning on to send a letter of request for the revaluation to The Vice Chancellor which will be collectively signed by the students of a  class and later on they shall be sending a individual letter for the same matter as well. Hopefully, the letter and petitions might help the students get the answers for their unexpected results.