Home BLOGS Decrease in the number of female candidates winning elections and the lack...

In the University, flooded with so-called student leaders, where there should have been an improvement in the position of women, ironically there has been a serious decline!

This fall in number of female candidates winning elections and the lack of female DUSU Presidents  is strange, while the awareness about issues like gender equality and feminism is greater than ever! 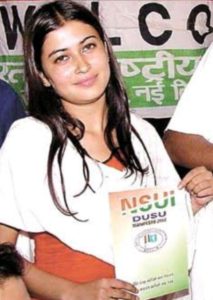 In the pasts women have held the position of DUSU President, Ragini Nayak, Amrita Dhawan and Nupur Sharma. But now the trend seems to be changing, the posts of female candidates is limited to the post of Secretary or Joint Secretary, Priyanka Chhawri being an exception. Also, their participation has declined. 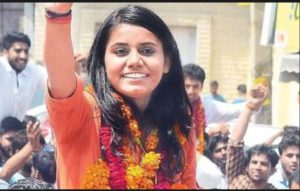 Moreover, the well known students’ organisations who chant about women empowerment, almost the whole year allocates only one post out of four to a female candidate and three out of four to male candidates in Delhi University Students’ Union Elections.
Contradictory!! No..?
In the past years, this has become a trend! The ratio of women holding posts in DUSU is 1:4 in comparison to men 3:4. 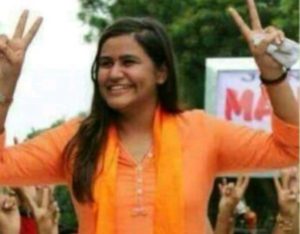 The question remains, if women’s participation in Delhi University is NOT lesser than men than why their representation in Delhi University is stuck to its minimum?
Is it that, the advocacy, protests, slogans etc,. for women’s rights by the Students’ organisations are only to attract votes of female students?
“Women are denied equal representation because of the fear that if given a chance they will break free of the shackles of submission and create a better world of equity and power sharing.” said Anita Yadav, a DUSU aspirant for the upcoming elections. 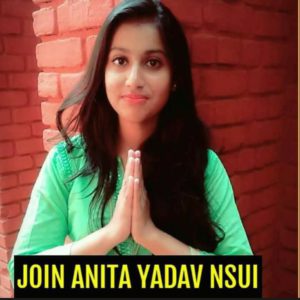 According to her, “It is high time that the ratio of participation and representation of women in DUSU should be upgraded and it should be 2:4 similar to that of male candidates, to signify that we don’t just preach about equality but also believe in following it ourselves. Otherwise we would just be a bunch of hypocrites who are giving that presenting that one seat to a women to only put up a show!”