Home BLOGS What is NOT Feminism

Lately we all have been reading a lot of posts about and on feminism, we all have different views and ideas about what feminism is and we try to explain it in our own ways which are obviously different. Differentiation leads to conflict. We tend to argue over what it is and amidst all this we forget what it actually isn’t. First things first feminism does not in any of its reliable and actual definition says that   it should be used as a weapon to demean men or treat them as trash nor does it state to give “equal rights to only women”. In simple words Feminism is a range of social movements, political movements, and ideologies that aim to define, establish, and achieve the political, economic, personal, and social equality of the sexes. 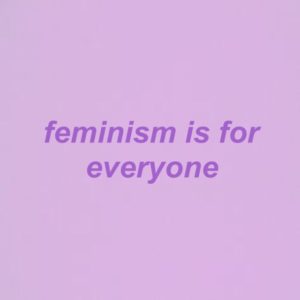 Busting your insecurities out on someone is not feminism, making them feel bad about having an opinion that is contradictory to your belief is not feminism!  I often come across a lot of people who have said belittling things to men in the name of Feminism and by calling themselves proud feminists. Feminism nowhere says that it’s a movement to make men feel inferior of themselves and to fulfill the fantasies and ambitions of a woman. Feminism is NOT aimed at making men lesser than women, but at improving the status of being a woman so that it’s equal to that of being a man.

Some people are just misandrist and not feminist and they need to understand that because they often tend to mix the two topics which further creates a misinterpretation of thoughts and ideologies. Your one wrong statement makes the struggle of all the feminists go into vain for eg like Savitribai Phule who was the pioneer of feminism in India. She stood for the rights of Dalit woman and was also the first female teacher to set up 17 school that imparted education to women of all castes.

Getting empowered by social media is okay but to amend it according to your needs is not. Its okay to stand up for your rights and to fight for a change but what is not okay is to make feminism your only point to debate about.