Sexual Harassment is an umbrella term as it involves a range of behaviours. It isn’t all about rape or sexual assault. According to Section 354A of The Constitution Of India, it is unwelcome physical contact and advances, including unwanted and explicit sexual overtures, a demand or request for sexual favours, making sexual remarks, voyeurism and stalking. 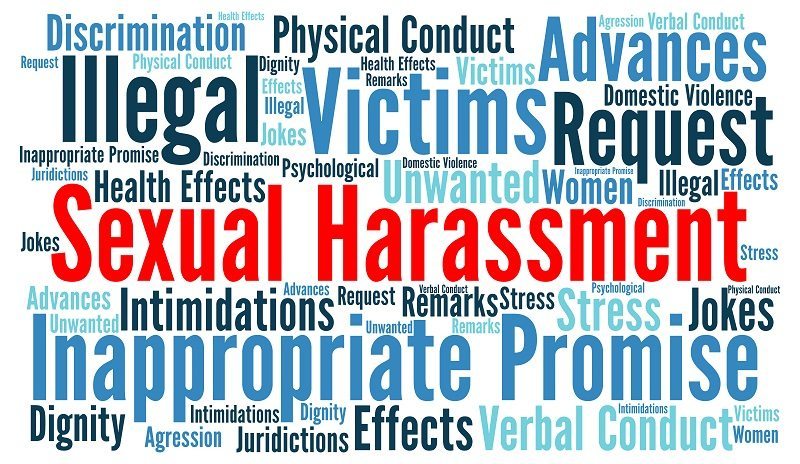 The roots of sexual harassment lies in the power imbalances and segregation of roles in our society. Women often lack confidence and the ability to speak about these mishaps. The insecurity and scarcity of acceptance make them more vulnerable to exploitation.
Another factor is the mentality of men who consider females a mere toy to play or even address them with words like “item” , “chamiya” , “pataka”. Bollywood is full of songs which make these titles more fascinating for them. Such viewpoints and more importantly the acceptance of such viewpoints give them more courage to attempt sexual harassment.
It is also seen as a power game where a man in power insists sexual favours in exchange of rewards like better work opportunities. The best example is the ‘casting couch’.

We live in a society where speaking about sexual harassment is a crime in itself. According to a survey, 75% of the sufferers fear to come out because of the stereotypes. To make our women empowered and strong, we need to create an environment where sexual harassment is as normal as any other crime. There are ample of laws in the Indian Judiciary which prohibit sexual harassment in all its forms. It is considered as a violation of a woman’s fundamental right to equality (Article 14 and 15) and right to freedom (Article 19). For eg.- The Criminal Law (Amendment) Act, 2013 added Section 354A in IPC. There is a need to make women aware of their rights and the need to stand up and fight for such injustices.

“Our lives begin to end the day we become silent about things that matter. Don’t be ashamed of your story, it will inspire others.”