Home DU UPDATES Voice against Rape : A step by AISA

On August 10, 2018, AISA (All India Student’s Association) held a march near Faculty of Law, North Campus, University of Delhi to express solidarity and agreement with the rape survivors of Muzaffarpur and Devariya. This was seen as a great step on the part of AISA group against rape and molestation. 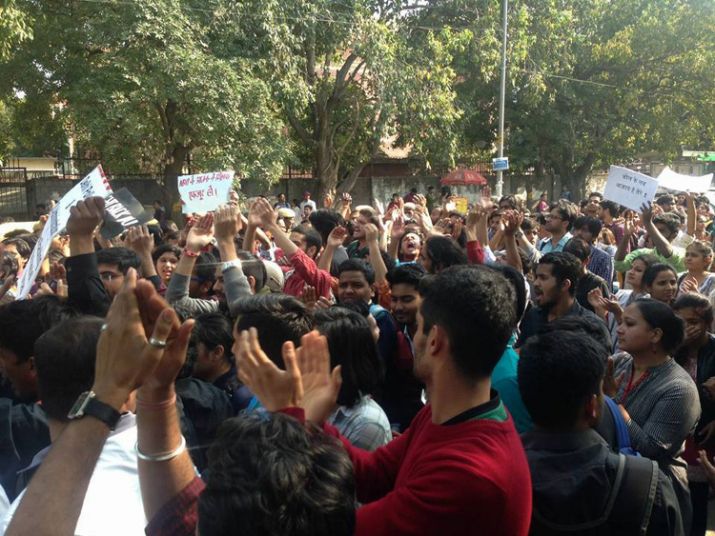 AISA group members expressed their keen support towards the rape victims and their parents. The students protested and covered the whole north campus. It was a strong awareness drive towards a social cause.

According to AISA students, strict actions are being taken by the authorities. But the process is still going on! No concrete decisions and punishments have been decided yet. The group emphasised on the culprits and urged that they should be punished strictly. Also, the group extended its support and help to the rape victims.