Home NEWS UGC approves the proposal to allow the students to pursue 2 degree...

The University Grants Commission (UGC) has approved a proposal that may now allow students to take up two degree courses simultaneously at the college and university level in the same or different streams. However, according to the report by the news agency PTI, one of the two degrees will have to be pursued through regular mode and the other has to be through online distance learning (ODL).

“The proposal was approved in the recent commission meeting for simultaneous dual degrees for students in India, allowing students to complete courses in the same or different streams at the same time. One of the two degrees, however, has to be through regular mode and the other has to be through online distance learning,” UGC Secretary Rajnish Jain said. He added that “an official notification will be issued soon in this regard”, Hindustan Times reported. 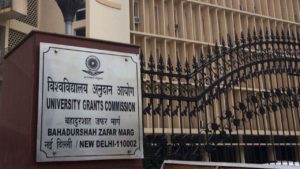 In a move to improve the career prospects of the students, the Commission had last year set up a panel headed by its Vice Chairman, Bhushan Patwardhan to examine the issue of pursuing two degree programmes simultaneously from the same university or from different universities either through distance mode, online mode or part-time mode. The panel then worked on the proposal based on feedback from the public.

However, this is not the first time the commission was examining this issue. The UGC had earlier set up a committee in 2012 and consultations were also held on the same but ultimately the idea failed to take off

The UGC committee appointed in 2012 on this issue was headed by then Vice-Chancellor of the Hyderabad University, Furqan Qamar. The panel had recommended that a student enrolled in a degree programme under regular mode may be allowed to pursue a maximum of one additional degree programme simultaneously under open or distance learning mode from the same or a different university. “However, two degree programmes under regular mode may not be allowed simultaneously as it may create logistic, administrative and academic problems,” the panel report had then said, as stated by the Financial Express.

The UGC officials opined, “the commission had then sought comments of the statutory councils on the committee’s report and the responses received did not endorse the idea of allowing students to pursue multiple degree programmes simultaneously. Hence, the plan did not take off”.