“No one is truly free, they are slaves for wealth, fortune, the law, or of other people restraining them from acting according to their will ..

“Wealth stays with us for a little while : Only our characters are steadfast not our gold ”  Euripides said. 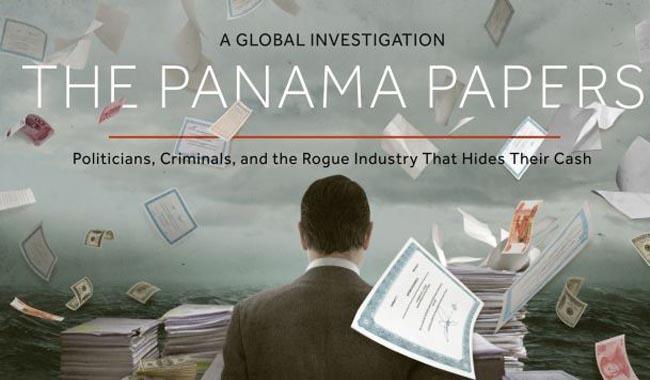 A leak of 11.6 million documents and 2.6 terabytes of data was released by the International Consortium of Investigative Journalists (ICIJ), exposing almost 40 years of shadowy financial dealings of business tycoons, celebrities and politicians stored in the firms of tax haven countries.

An anonymous face chatting with a reporter of a German newspaper  “Suddeutsche Zeiting” with encrypted chat houses exposed the Mossac Fonseca, formed in 1977, a law firm which works as the catalyst for the illicit tax holders to ensure the safety of their money in foreign lands ( safe houses ), ironic to what their website says “offices are supported by state of the art technology which is upgraded continuously “. The reporter of the  German newspaper was supported by the ( ICIJ ), a fierce group of journalists involved in the covert operation to take down this firm holding the big names, allegedly involved in money laundering. They worked for 8 months before releasing it on the global platform.

Leaders in Moscow and Beijing were among the major powers while Pakistan and Iceland were among the lesser ones. Celebrities like Lionel Messi and Jacky Chan were named and shamed. Son’s, daughter’s and cousin’s of our neighbours were among the list exposing the deep roots of nepotism. Prime minister Narendra Modi benched a multi-agency SIT headed by the RBI Governor Raghu Ram Rajan to investigate the 500 Indian names, involving Amitabh Bachchan, Aishwarya Rai and many others, to spot  the prima face. Unlike India,

Russian and U.K counterpart has denied of all allegations telling that no SIT bench will be formed to probe the files.

Such cases in continuity shows the loop holes in our reforms and tax laws in which such firms use to take the money out from our country. Initiatives such as Automatic exchange of information between the countries where we will exchange financial information based on common reporting standards, kicking off in the next year will work as a regulatory body and sound proof cage making even more hard to sneak out of it. Such reforms in core structure will clear the opaque line of global transparency. Active bureaucracy and strengthened core reforms will fight such laundering cases, the only shot we have.

@sagarcasm– Vladimir has Putin his money aside. Nawaz is not Sharif. Lionel is messing up with taxes. Jinping’s anti-corruption drive is Xit. #panamapapers

@AIRVIND– My name would to be in the Bermuda triangle papers, my salary disappears even before it is credited in the account. #panamapapers

By  Ayush Verma for DU Times