Will the hero defeat his nemesis? This question can be seen racing through one’s mind while reading a work of fiction where the hero with his intrepid actions stands in opposition to a malevolent villain. With the presence of a villain, a book takes on a different colouring. Vile actions, chaotic mind, cunning manipulation are the ingredients that go into making of a perfect villain. The character of a villain is usually driven by greed, revenge or psychological instability through which he craftily uses his methods of deception to sustain his position and exercise his power. The discontentment with the outer world also triggers this unscrupulous nature of the character. Such is the anarchic survival instinct which keeps them going on.
Now, let’s look at the characters:

“All is not lost, the unconquerable will, and study of revenge, immortal hate, and the courage never to submit or yield.”

Satan, a powerful fallen angel who rebels against God’s absolute authority to ascend the throne in heaven is overthrown by God to the sulphurous hell. He further takes the form of a snake to tempt Eve. Satan sins when his pride overtakes him and he thinks it better to rule in hell than serve in heaven. He, however, forgets that he is a captive and can never go beyond the power of goodness. The story of Satan gives us the message that if you overreach, get ready to be overthrown. 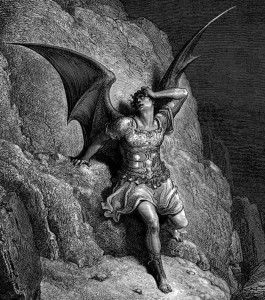 “I follow him to serve my turn upon him…I am not what I am.”

One of the most important villains in the canon of English Literature, Iago with his Machiavellian sensibility maintains a double faced persona and pours pestilence into Othello’s mind which destroys Desdemona. Since, he is driven by his self- interest to get promotion; he also targets Cassio whom he feels has taken his position. His motives are mercenary and all he knows about is profit-making. Iago also successfully displaces the symbol of love, the handkerchief, and Othello very easily manipulated by the wicked villain questions the fidelity of his wife. Thus, Iago uses the moor’s position and makes him accept the stereotyping of the black as the “other”. 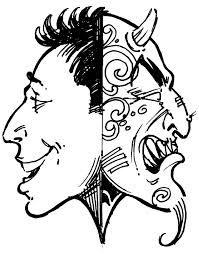 3. Bosola in The Duchess of Malfi

Bosola stands as an embodiment of the Jacobean aspect of human behavior, a motivation strongly influenced by evil. To seek preferment, he joins the side of the enemy and spies on the Duchess under instructions from her brother Duke Ferdinand. He is a cold- blooded individual who represents the ideals of cynicism and cruelty. The Duchess’s defiance, however, is seen as a challenge to the authority, but in the end, she dies at the hands of Bosola’s executioners. Later in the play, he feels guilty and decides to avenge her two brothers. He is often been referred to as the “villain-hero” as it is he who tells the characters in the play, even the superior ones, what they shall do. Since he is from a poor family, he longs for social advancement. His character construction is that of a malcontent, who is consumed with disgust at the corruption of the courtly society and rails at it. At the same time, he also wants to enjoy the material pleasures of the court. 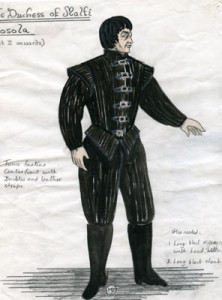 As he rightly pints out, “Every fairy tale needs a good old-fashioned villain. You need me, or you are nothing.” He is a mastermind who decides to play a game with Sherlock forcing him to solve puzzles within a given time limit. He also disguises himself as Molly’s Boyfriend and meets Sherlock at the lab when he is busy solving a mystery. Sherlock, unaware of the person, makes an observation that he is a gay. In a showdown near the swimming pool, he wires explosives to Watson and warns Sherlock to stay away, saying he will burn the heart out of him. 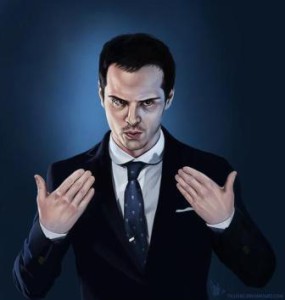 5. George Wickham in Pride and Prejudice

“Wicked” would perhaps be the best epithet for Wickham. He is a charming personality who attracts Elizabeth Bennet, the one known for her critical faculty in judging people. Her prejudice against Darcy is further strengthened when Wickham with his evil tongue calumniates him. By making such false statements, he damages his reputation. Later in the play, when Darcy reveals his past of how Wickham eloped with his sister, she realizes her mistake. Her preconception about Darcy is also removed. Re-cognition leads to recognition. 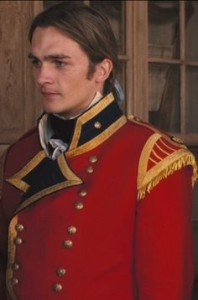 “Don’t you turn your back on me, Harry Potter! I want you to look at me when I kill you! I want to see the light leave your eyes!”

He is the one who creates the horcrux for hiding the fragments of his soul to gain immortality. Even if he dies, he has got the power to resurrect himself. His passion and thirst for power makes him a perfect villain. As he is adept in black magic, he feels no remorse in killing people. While looking at his appearance in the mirror of Erised which allowed one to see what one desires most, he sees himself as the most powerful and unbeatable. His passion for killing Harry Potter and purging the magical world by killing the non-magical born wizards and witches is elaborately narrated by J.K. Rowling. 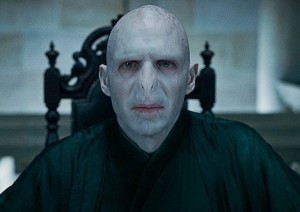