“The recent DUSU Elections and its result has left multiple questions unanswered! And by the end of the elections ie., the declaration of result, ‘transparency’ has come to an end!” claimed, NSUI activists as they organised a protest demonstration yesterday against the rigging of EVMs. 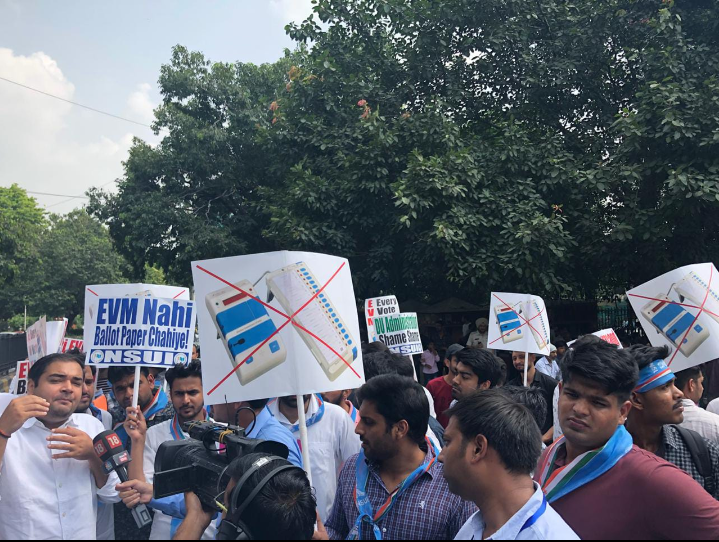 They raised certain questions which involves the following:

• During counting, votes were being displayed on Ballot no 10 for Secretary post when there was no one on Ballot no 10, not even NOTA and on the same machines, NSUI Secretary candidate got 0 votes!

• 6 EVMs started malfunctioning after 6 rounds and EC wanted to set those aside. How is it that machines which were working during polling, just a day before were not working during counting? Infact, the vote share of NSUI was highest in the last 6 years.

• The Election Commission refused to give EVM wise counting of votes. Instead, only provided with the total votes polled for each candidate.

• They further questioned that why was no action taken on the memorandum submitted by NSUI which suggested measures to increase transparency and integrity of the election process? 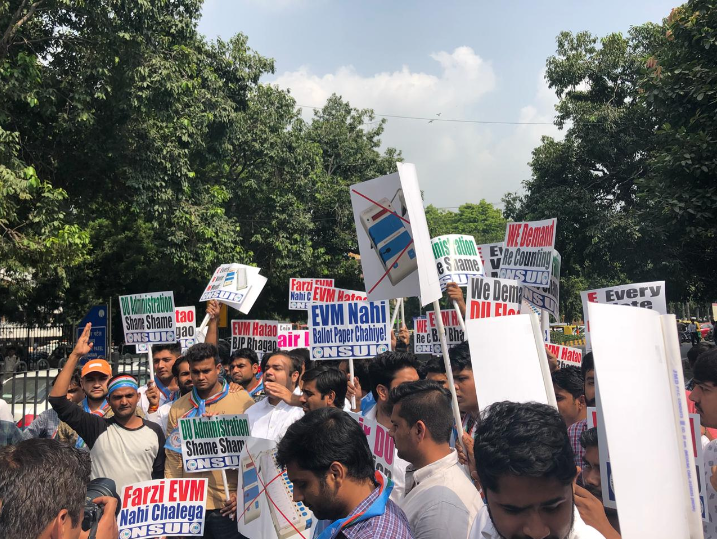 To address all such concerns, NSUI held a protest demonstration against the Election Commission of regarding ‘The rigging of EVM machines in DUSU poll 2018’ and then rushed to the court for the same.
The Delhi High Court directed the Delhi University Election Officer to submit the EVMs to be kept securely used in DUSU Elections.
HighCourt also sought response of the Delhi University, Chief election officer appointed by the university, Election Commission of India and the three ABVP candidates who have won the recent elections.
It will be interesting to see, what next hearing of the high court will bring to the controversial DUSU 2018!

Also Read: Why University of Delhi is Missing Out on Good Professors