Recently, Vice Chancellor of Delhi University, Yogesh K Tyagi decided to constitute a 15 member working group committee which would make the decision regarding conducting of examinations. But many teachers have opposed this committee and its proposals regarding examinations.

University executive council members, Rajesh Jha and JL Gupta, called this committee “arbitrary and undemocratic”. They claimed this body was formed without sanction from it’s statutory bodies. They even wrote a letter to the VC regarding the grounds on which this committee was formed, inclusion of certain “nominated members” and other issues.

The Delhi University Teachers Association (DUTA) also opposes this move. In a letter to the VC, they wrote: “It is unfortunate that the statutory bodies of the university – the Executive and Academic Council – have been ignored in the formation of this working group.” They insisted that the committee should include elected representatives of teachers and appealed that the committee looks into concerns of students and teachers regarding online examination.

The Teachers said that, “According to University Grants Commission (UGC), the university has to follow its rules and regulation for conducting examinations. Thus, forming a committee Vice Chancellor must immediately conduct Academic Council (AC) meeting and place guidelines of UGC as agenda item. The meeting can be conducted online” 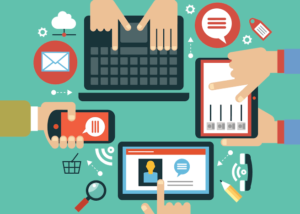 Many Final year students apply to foreign Universities for higher education. Thus, the teachers said that University should declare results on the basis of previous GPAs (Grade Point Average), so as to not cause delay for such students. A member of AC said that, ” The teachers have completed 90 per cent of the syllabus. The university should declare result basis on the Grades (CGPA) of the previous five semesters. The first and second year students can give their examinations in the semester”

Many teachers and students are against online examinations for more than one reason. Dr. Pankaj Garg, former AC member said that, ” Online examination at such time is not a good idea. As most of outstation students went to their respective states without their study material. More than 45 per cent students are from other states and internet accessibility is a big problem for most of them. These are some issues on a long list of problems, which requires serious attention of the decision makers.”