As per the wall painting competition organised by Delhi University, Deputy Dean to mark the 150th birth anniversary of Mahatma Gandhi, the walls from Vishvavidhyala Metro Station to North Campus are now witnessed full of colors showcasing a different perspective and vision on the relevance of Mahatma Gandhi’s thoughts in today’s world.
Students from several colleges and departments of Delhi University painted their messages loud and clear on the stretch during a wall painting competition organised by DU on Friday to mark Gandhi’s 150th birth anniversary. 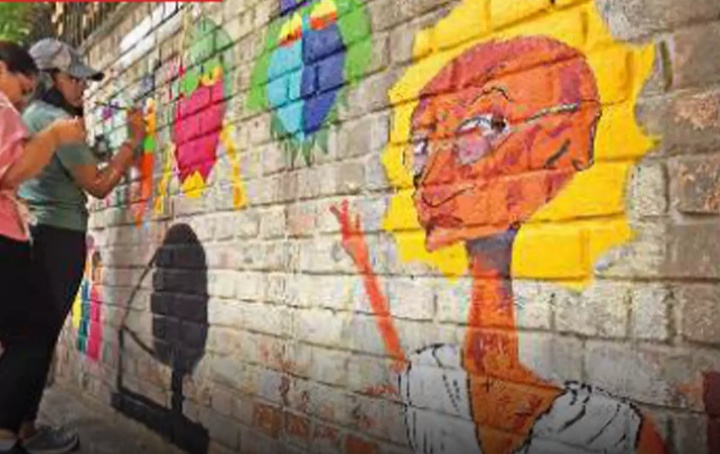 Lady Shri Ram College for Women’s students have painted Gandhi’s spectacles — his picture on one lens and a rainbow on the other, symbolising the LGBTQ movement.
Similar thoughts have inspired DU’s education department, which also spreads the message of harmony with a dove emanating out of Gandhi’s head along with a rainbow. “The dove carries a banner saying ‘lost’ and three hands depicting humanity, emphasising that while we keep talking about Gandhi, his propagated values are no longer practised in real life,” said Isha Attri, a second-year student of masters of education. 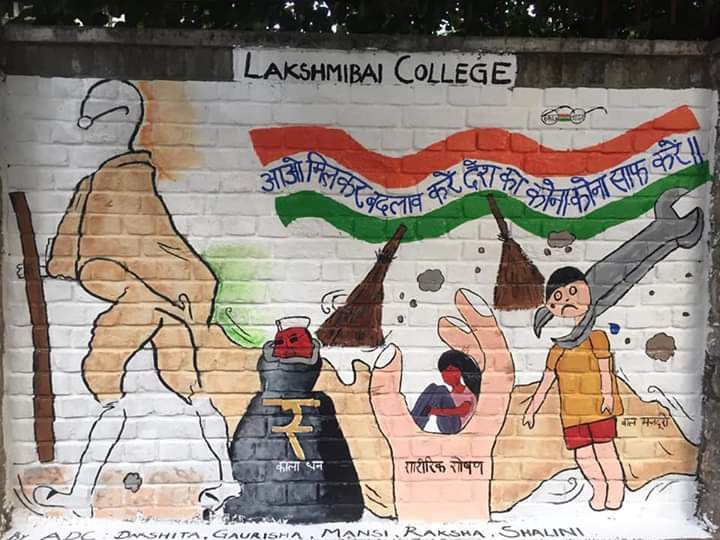 Students of Lakshmibai College decided to focus on Swachh Bharat Abhiyan. “We are trying to show that it not only means cleaning the waste and dirt but is also about cleaning black money, ending violence against women and bringing end to child labour. Our painting shows Mahatma Gandhi walking away with all these evils,” said Shalini Dhawariya, a third-year BA Programme student.
Lady Irwin College students chose the “cool” khadi, with a hashtag, #khadiforsustainability,.
Some colleges even broadened the theme to include the concept of Vasudhaiva Kutumbakam, saving environment and protecting girl child.