Home CAMPUS LIFE Societies of DU you need to know about. 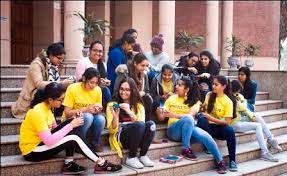 Every student’s ambition is to attend a college where he can maintain a healthy mix of academics and extracurricular activities. Every student also aspires to show his or her potential in an area other than studies, whether it is dance, singing, theatre, athletics, photography, or something else entirely. This is when societies enter the picture. A good college is judged not just on its academics, but also on the co-curricular activities in which its students are encouraged to engage. This is why DU’s colleges are ranked among the best in the country.

The societies assist students in grooming their whole personalities, since it is vital to set aside time for self-improvement, which promotes holistic growth and development. Cultural societies, clubs, and co-curricular activities at DU provide students with this forum. While several colleges claim to provide the ideal balance of academics and extracurricular activities, none of them can compare to our colleges. When it comes to cultural societies, college fests, and everything else a student might want in a cultural society, DU has carved out its own place.

So, If you are planning to be a member of Delhi University and have a knack for anything else other than studeis, you need be aware of these famous cultural societies.

Pixels is one of Delhi University’s most well-known societies. At the Indian Habitat Centre, it was the first society at DU to hold a photographic exhibition. Pixels’ annual photography event, Plickture, draws a significant number of aspiring photographers from over DU. It includes thrilling competitions and a photography exhibition in which anybody with a camera and a skill may participate and present their work to the rest of the college’s students. 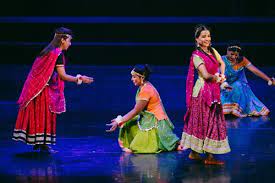 Nazaakat, Gargi College’s Folk Dance Society, is recognised for its vibrant, colourful costumes, complex choreography, and the group members’ soul-touching emotions. It is one of the most talented folk dancing organisations on campus. You should certainly be a member of Nazaakat if you enjoy folk dances and convey your emotions via your facial expressions.

3. Ibtida – Hindu College
At DU, students with a passion for theatre have always been welcome. Some of our country’s greatest performers began their careers in theatre organisations. Ibtida is one of Delhi University’s top theatrical societies. Only the finest make it into the society after a three-day audition procedure. Imtiaz Ali, a Bollywood director, created Ibtida while a student at Hindu College. As a member of this group, Ali directed a number of plays and appeared on stage. This club hosts the university’s annual theatre festival, “Medina,” which is a great popularity. Ibtida has also performed in nine Rajasthani districts. 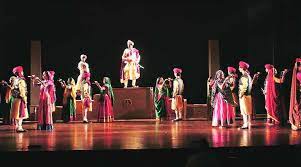 This group, which has just 16 members, considers theatre to be a revolutionary art form. The members of Lakshya have taken on the aim of making theatre and drama the focal point of academic culture in Kamala Nehru College and the Delhi University Campus in general, as the name suggests. The Lakshya has established numerous characteristics by which a candidate is assessed, including confidence, acting skill, creative thinking, expertise in theatre, and vocal clarity, through a rigorous and comprehensive audition procedure. It is a place where kids may study, grow, and develop their abilities to new heights.

Geetanjali is a wonderful illustration of how music plays an important component of the student life at Delhi University. Geetanjali is a fusion of two separate schools of Indian Classical Music, Hindustan and Karnataka, that gives melody to students’ lives. Because Geetanjali is a music society at a women’s only institution, the melodic tunes she produces carry a veiled message of female empowerment. As they perform together, it gives our ladies a powerful voice. 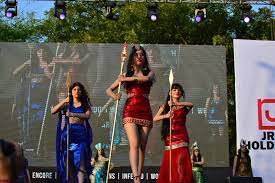 If you’re attracted to ramps and catwalks, this one could be for you. The Glitz is DU’s Kalmala Nehru College’s official fashion society. This club caters to all fashionistas and has received several awards for being one of the finest on campus. Several media have named it the finest Fashion Society in DU, and it has received numerous prizes to support this claim. Glitz society will assist you in enhancing your individuality via outstanding style and appearance.

DU’s Cultural Societies Colleges are much more than simply being a fun pastime, they extend the horizons of the students while offering them an outlet to express themselves to the utmost. They also help students find their passions and provide them with the skills and experience they need to take the first step toward turning their passion into a profession. The DU cultural groups described above are only the tip of the iceberg; there are many more that you may search about and join as a new student, as well as afterwards if you change your mind. However, as a du student and a member of a cultural society which I love, my suggestion is to take advantage of this amazing opportunity and pursue your passion.

From this session onwards, DU students will be required to plant trees.