India has become one of the most polluted countries in the world. As per the report of WHO, India tops the list with a yearly average of 319 micrograms per cubic meter of PM2.5, the most hazardous particle commonly measured.

The air quality in Delhi is one of the worst in the world, as per a WHO survey of 1600 world cities. Two other cities in India that have worse air quality than Delhi includes – Gwalior and Raipur. Air pollution in India is the fifth largest killer and it is estimated to kill 1.5 million people every year.

As we all know the main reason for having poor air quality in Delhi is that Delhi shares its borders with the states Haryana and Punjab where crops are being burnt, approximately 35 million tones every year.

With burn in the crop, the amount of traffic in the cities also leads to increase in the pollution level as the vehicular emissions decrease the air quality. Change in weather also leads to increase in the level of pollution as the winter season sets in, dust particles and pollutants in the air become unable to move. Due to stagnant winds, these pollutants get locked in the air and affect weather conditions, resulting in smog.

Despite the ban on cracker sales, firecrackers and also an increase in the public smoking contributed in the decrease of the air quality.

The common man shall now learn from their mistakes and start using measures to contribute in the improvement rather than degradation of the air quality. One can travel in public transport as much as possible and avoid the use of cigarettes in public places. 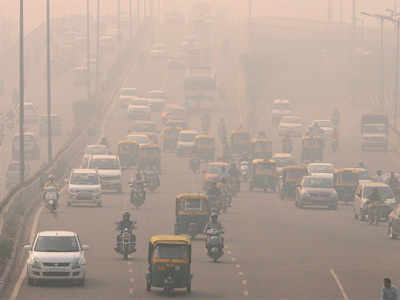