Prime Minister Narendra Modi took a ride in the Airport Express Metro from Dhaula Kuan to Dwarka on way to lay the foundation stone of India International Convention and Expo Centre on Thursday.

The ride was completed in 14 minutes, people were surprised to see him and the prime minister obliged many passengers as they took selfies with him. He even People interacted with the people. 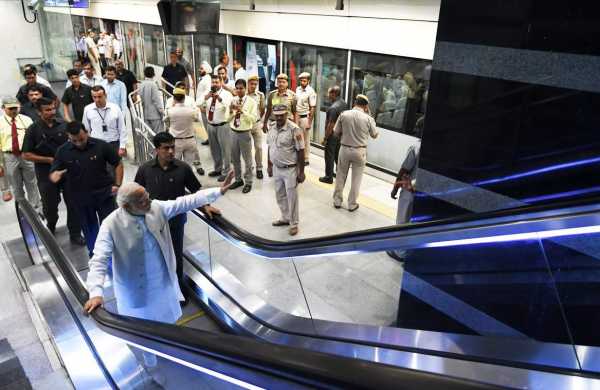 PM Modi has been using the Metro service to reach distant venues. It is an appreciable effort on his part to avoid the problem of traffic jams that usually happen during VVIP movements.