Home DU UPDATES Mamata Banerjee’s invitation to St. Stephens College on 1st August was cancelled!
St stephens college is one of the top liberal art colleges of the world and is included in the list of top colleges of the country. The alumni of the college includes well known politicians, professors, bureaucrats, journalists etc.,
Mamata Banerjee, Chief Minister of West Bengal was invited in the college event on 1st August to have a healthy interaction with students, but later the event was cancelled! She belongs to the ideology different from the present dominant narrative of the country.
The aim of higher education is to learn different opinions and ideologies specifically those, that contradicts one’s beliefs to promote critical thinking amongst students and the youth! 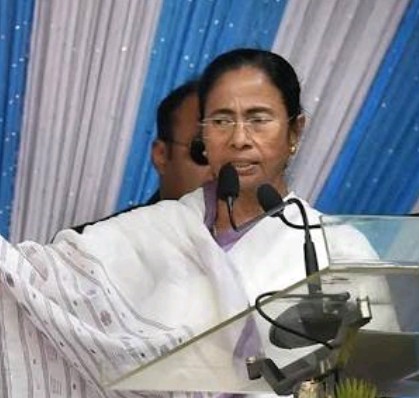 Such a step was strange on part of the college authorities and it has been alleged that the event was cancelled due to political pressure.
The trinamool Congress has slammed RSS and BJP for pressurising the authorities to cancel the event. But, according to the college the event was cancelled due to ‘procedural norms’!
The CM spoke up on the incident that, “The opponents can cancel her events but not muzzle her voice!”
It seems that the higher education institutions have become an easy target for political tactics every now and then, as voice that contradicts one’s beliefs or ideology is suppressed sometimes by cancelling the event or at other times by violence!