MALE OBJECTIFICATION: LET US TALK ABOUT IT… 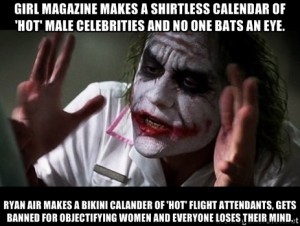 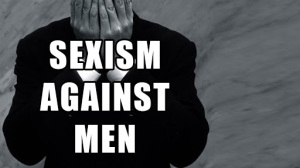 Be it the front cover of some glitzy magazines or tabloids, sensual numbers in films, the deodorant commercials and posters, and the like. How many of us have not drooled over Shah Rukh Khan’s six pack abs in Dard-e-Disco or his ten pack abs in Happy New Year? How many of us gapes our mouths wide every time Ranveer Singh lights up our LED screens with Tattad Tattad? Be it Aamir Khan’s eight pack abs in Ghajini, Salman Khan in virtually all his films, Ranbir Kapoor’s ‘husn ka aashiq, husn ka dushman’ in Bachna-ae-Haseeno, suave Hritik Roshan in Bang Bang, debonair Arjun Rampal in Roy – the list is endless and we have apologetically gone agog over their bodies and have desired for them against the so called cultural decency. On individual fronts, have none of us Googled ’10 hottest guys on planet’ ever?

When it comes to objectifying men, a shameless silence and pietism prevail. The human rights activists and the sexists are ready with their placards and stamina to concoct a colossal furore every time the Kaifs, the Chopras, the Kapoors and the Padukones appear in the so called ‘item songs’. Wonder where they lie hibernating when the actors are objectified in their films, songs and commercials! At a personal level, I feel that objectification of women is seen as an outright blunder over objectification of men solely because revealing a female body part is considered an out-and-out stigma. Men with bare chests are as normal as women without revealing clothing. It all lies in the mindset and the perception of the society. Objectification of men, like objectification of females, is really not okay.

The argument provided by sexists and majority of women would be that objectification of men and imagining them as objects of sexual desire are two different things. Men don’t really mind if they are objectified. Apparently, men can be seen as sexual beings without being reduced to sexual objects. However, such a notion doesn’t really hold true for the women class. The conventional sexist mindsets say that the moment women are thought of as sexual beings, they are shrunk to sexual objects. The Times Of India article that created a brouhaha on every social networking site could gather voices against it only because it was a coverage on Deepika Padukone. TOI was tagged outright sleazy, unethical and voyeuristic only because Miss Padukone was featured in it. Let us put the journalistic ethics aside. The article made its way to the limelight owing to the actress’s name in it. Had it been a coverage on an actor’s body or the accentuation of a particular body part of an actor, the story had been different altogether. 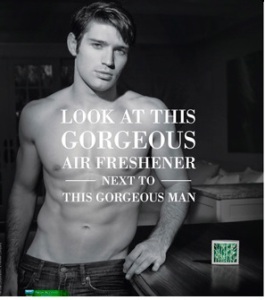 Our favorite Kit Harington who plays Jon Snow in the popular series Game of Thrones, in his interview to Page Six, said, “To always be put on a pedestal as a hunk is slightly demeaning”. He further opined, “I’m in a successful TV show in a kind of leading-man way, and it can sometimes feel like your art is being put to one side for your sex appeal. And I don’t like that… In this position, you get asked a lot, ‘Do you like being a heartthrob? Do you like being a hunk?’” Sadly, objectivism is something that only hits and affects the female actors. It is completely opposite for a journalist to ask a male actor about how he feels being a stud, but if a similar question is thrown at a female actor, major controversies emerge.

Coming to the concept of male and female gaze. Male gaze has been defined as – “The male gaze occurs when the audience, or viewer, is put into the perspective of a heterosexual male. Mulvey stressed that the dominant male gaze in mainstream Hollywood films reflect and satisfy the male unconscious: most filmmakers are male, thus the voyeuristic gaze of the camera is male; male characters in the film’s narratives make women the objects of their gaze; and inevitably, the spectator’s gaze reflects the voyeuristic male gazes of the camera and the male actors.” The camera has always been considered as an alter ego of the men. The camera has hardly captured scenes featuring a man from the perspective of a woman.

men and intelligent thought”. Let us not overlook men just because they don’t have the parts that women are forbidden from displaying. Let us be fearless and not hypocritical and open our minds and talk about objectification of men. If women are damsels in distress, then men may be fallible dudes as well. If women are strong divas, then men are fearless fellows as well. And if women are objectified, then men as well are objectified on so many levels. If that is talked about, then this should also be talked about. This is as much a matter to be discussed and thrown light upon as any other sexist and feminist issues.

What feminism means to me.

FOMO is the new fear among teenagers and adults.