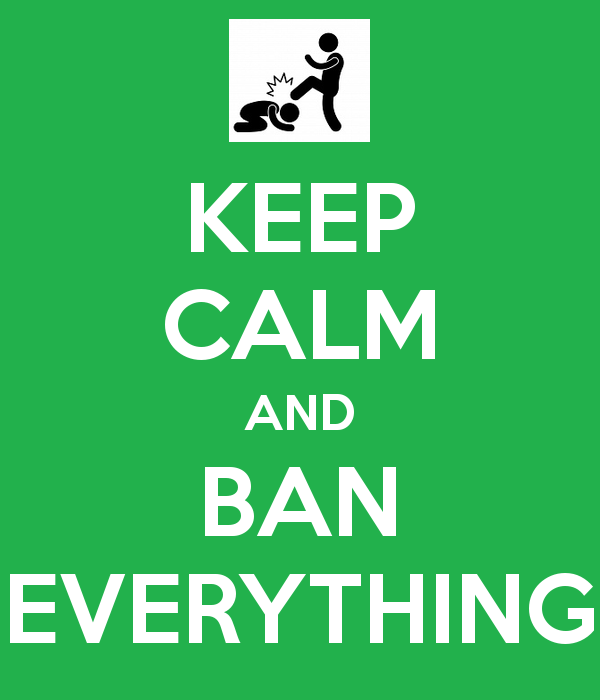 1. The recent ban was proposed by DUSU (The so called “guardians” of campus democracy) led by right-wing ABVP which is a student wing of RSS on ‘Ankur’ the drama society of SGTB Khalsa College, University of Delhi. It was thoroughly condemned by the students but some were there who supported it because

2. Ban on the Documentary by Udwin on “India’s Daughters” was recieved with due care and respect by hooligans with their delicate grammatical and linguistic skills on social media.

smg_in says “Ambulance hunter Leslie Udwin, try to make a film on the greatest racist nation – USA when you are there. Lets see if you have guts to do so.” (now how did America came into scene?)

Venkat  says “How many documentaries she has made against the atrocities done by British in all over the world and how about the admiration she got from the fighting of Mandela & others?” (Now she has to be a documentary making expert to show the reality)

3. Ban on Beef in Maharashtra was given mixed response, some made the ‘Logic’ himself beg for pardon. It was what saffron brigade was waiting for since ages and our new revolutionary PM has made it as dream come true for them. A Hindu Duo challenged the ban in Mumbai High Court

Devlukum says “These duo should try to protest against custom of other religion and then speak about fundamental right if not finding themselves either in pool of blood or hanged to be termed as suicide.” (well I have a microscope looking for logic)

Indian says “After a few years later, you will eat your own mother and kids. That is fundamental rights?” (I did not not even understood its meaning, hell with logic)

4. Ban on the movie Fifty Shades of Grey, by the people who I guess enjoyed the book most. Ban is just to make sure everyone watches it.

Peter says “If the reason is the low quality of the movie, I am inclined to agree” (bro ill give you link to HDrip)

Raman says “This is against Indian culture, this is why rapes happen” (-_- dude i mean really???)