With physical fitness gaining a prior spot in the to-do list of everyone worldwide, numerous techniques of fitness and exercise are also budding up, for instance, aerobics, meditation etc. The lost treasure of various fitness activities is gaining momentum again. One of the recent hit being “Yoga”, thanks to PM Modi’s efforts, we have now a Yoga Day too that is celebrated not only in India but worldwide. The other stark opposite(can be said so) is the gym.  While both of them being equally adopted and practiced, drawing a comparison between the two is something which is going to be no less interesting.

A gym, short form for Gymnasium finds its origin from ancient Greece. The first gymnasium in history dated over 3000 years ago in ancient Persia. After this, gyms disappeared and reappeared in mid 20th century with  various gym chains such as Gold’s gym, YMCA etc. Now a days it’s an indoor facility with various equipment for exercise and fitness. The trend of gym is catching fire day by day.

Yoga and its Indian Roots

On the other hand, Yoga has its roots in ancient India from Rigveda. Yoga has been prevalent in India but it gained popularity  in the West only in the 20th century, all credits to  Swami Vivekananda. Gradually, Yoga began to be seen as a meditational and spiritual exercise along with physical. Along with these, it has also gained popularity because of it’s medical benefits. 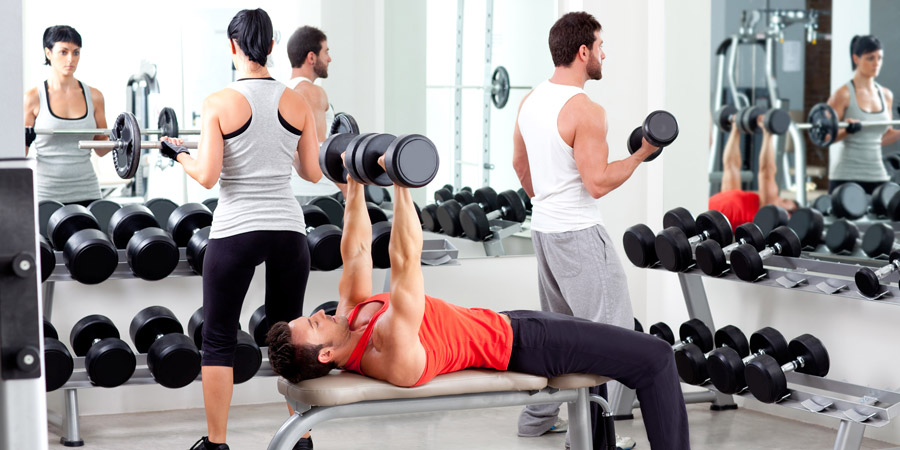 Now coming to the status quo;

Current statistics show that though a number of people buy gym memberships, only 40% of them retain and continue the membership, rest of them bid out due to various reasons such as hectic schedules and work load. Since gyms require a proper indoor setting, equipments, instructors etc. , It can not be done at the comfort of your home without putting the extra effort of going to the particular gym unlike Yoga which does not require equipments or any specific setting. And not even any financial factor can stop you from doing Yoga. In the vicinity of your rooms, in parks, anywhere and anytime, the simple postures are magically effective.

The View of People

Some people might have a view that for fast weight loss, one should do gym instead since it requires you to do rigorous physical hard work and a lot of sweating happens. Although, I do not deny the fact that gyms are helpful in weight loss but one myth that I would like to break here is, Sweating does not imply weight loss at all. In fact, this fact is equally true that once you leave doing the gym after getting into shape, you lose all that you achieved. So if you go to the gym, it has to be regular.

Yoga has long term benefits. Some people might think that because Yoga is
about postures, it might not result in
getting the perfect shape that you want. But it is a myth. It has been experienced that Yoga is immensely helpful in fighting diseases, it makes you flexible and active. Our ancestors surely have left us a treasure in the name of Yoga to be cherished by all of us forever.

How can alternatives help in our daily lives?

Procrastination Is The Thief Of Time