Delhi High Court on June 2 issued fresh notices to University Grants Commission (UGC) and Delhi University on a plea seeking an implicit and requisite mechanism for the education of differently abled students amid the COVID-19 pandemic. 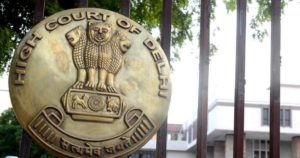 A division bench of Justice Hima Kohli and Justice Subramonium Prasad, while hearing the petition, issued notices and asked the UGC and the DU to file their reply within two weeks.

The plea moved by two law students Diksha Singh and Prateek Sharma stated that as COVID-19 pandemic forced schools, colleges, universities and other educational institutions to engage in online teachings, no efforts have been made on the part of the government for the visually impaired and physically challenged students.

The petition-in-person also sought for an interim relief on mid term evaluation as per UGC guidelines, to be put on stay until such a mechanism is put in its place.

The plea stated that the burden of learning is not on the visually impaired and specially-abled individuals, rather it is the duty of the State to ensure and provide for effective teachings method. However, the same is not being done due to the lack of any such policy or effective mechanism.

The Court had issued a notice to the Ministry of Human Resources and Development and the Ministry of Social Injustice and Empowerment, earlier, asking them to file an affidavit within 5 days stating appropriate measures for the same.

“In view of the fact that the University of Delhi and the University Grants Commission have been permitted to be impeded only today, orders on this writ petition and the applications are deferred,” said the bench.

The court, while differing the matter to June 24, said that fresh affidavits shall be filed by the respondents within two weeks with copies to the counsel for the petitioners, who may file rejoinders thereto, within one week thereafter.

Since the lockdownwas announced, online e-classes took up the space and role of classroom teachings, leaving the differently abled students at all levels badly hit and left behind.