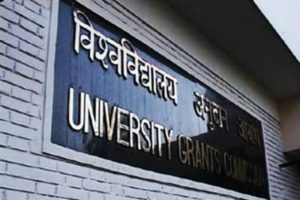 Centre has drafted a bill for Higher Education Commission of India, aimed at replacing the University Grants Commission which was established in 1953.

Let’s look into the details:

Why there’s a strong need of a new regulator, according to the Ministry of HRD?

It was felt that the current commission remains preoccupied with disbursing funds to institutes and it is unable to focus on key areas of Research, Mentoring, and other important functions.

The new HECI will replace UGC and will focus solely on academic matters. The monetary grants will now be only with HRD Ministry. The transformation is based upon minimum government & maximum governance, separation of grant functions, end of inspection raj, focus on academic quality and powers to enforce.

All stakeholders and general public to give comments, voting and suggestions on the draft set before 5 pm on July 7, 2018. The draft will be available on www.mhrd.in

The new regulator will enforce quality standards. Non-compliance of these could result in fines or imprisonment of upto 3 years. The HECI will also form regulations about closing and opening of new Institutions.

The draft act is likely to be tabled in Parliament during the Monsoon session, which will be starting from July 18, 2018.