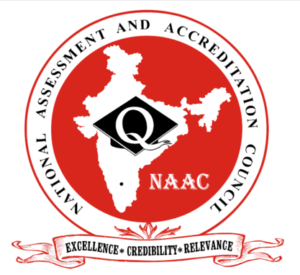 The recent NAAC survey and accreditation of the DU, made DU colleges go head over heels. The NAAC committee is set up by the UGC and usually surveys and grants recognition to the private universities to ensure that they are in accordance with the education standards. But this time, it were the DU colleges that were on test and this ongoing process is still to happen in many colleges. The case gained momentum after the lesser known off-campus colleges such as Acharya Narayan Dev College, Gargi college got higher grades unexpectedly.

The survey recently ended at Lady Shri Ram. It was much awaited and anticipated here. Frequent meetings of faculty and Unions were being held and college was being prepared for the arrival of NAAC. Everyone was busy doing something or the other for the visit. But, this experience left a lot more impact. Each and every person in the college had varied views about what happened. The faculty and other staff members were so busy in making the college ready for the event, whereas on the other hand students were not having a good taste of what was happening. Basically, the varied perspectives of the administration and the students made this visit a topic of debate. And I think, both sides were partially right. Getting a higher NAAC grade is very much important for the college and for every person related to it. Every one was aware of the fact, those who were not were being made aware by their peers. But the way it took place disturbed the students. From infrastructure to even the minute details were being taken care of. Many plans and initiatives which were not implemented till now were being actively initiated. What disturbed students here was the fact that why not these plans had been initiated before, why we were doing all these good things just because of NAAC and not because our college usually should have all these facilities. And now what everyone looks forward to is the hope that all these changes that have been made during this time continue to stay like this. Whatever the reason was behind these initiatives doesn’t matter but what matters is that we don’t take a way back from here but a way ahead only. On the other hand, faculty was right in saying that it is not only just but legitimate to make the college presentable which is for students’ good itself. Decorating the college for NAAC committee was just like decorating our homes for the arrival of any guests at our homes. So, the views of both the sides are agreeable enough. The conclusion, though, is good only with the college being better than what it was.

And I feel proud to be a part of such a space which thinks about issues deeper and deeper, where freedom of views lies and the suitability and fairness of everything is judged. Students aren’t book cramming robots here; we think, we debate. And all this for the triumph of fairness and justice. What is good, is good and promoted but what is fake and hypocritic won’t go down the throats of anyone and will be spoken against of. This is the beauty of this place.

And as the saying goes, “All’s well that ends well”. It all ended up with LSR recently getting a NAAC grade of 3.61 which is the highest till now in DU. This brought cheers all over.