ABVP’s DUSU President Ankiv Baisoya was suspended from the organization pending an enquiry into his alleged fake marksheet.
Baisoya had secured admission in MA Buddhist Studies in July, and submitted BA marksheets from Tamil Nadu’s Thiruvalluvar University (TU) as qualifying certificates. He was elected as the DUSU president on September 13.
Soon after the polls, the NSUI alleged that he had submitted fake certificates.
The Thiruvallar University registrar also stated that Baisoya was neither enrolled in the varsity nor in any of its constituent or affiliated colleges. As soon as DU was yet to complete its probe in the matter by 20th Nov as per the orders of the High Court, ABVP’s Ankiv Baisoya himself resigned from the post and has also been suspended from ABVP organization. 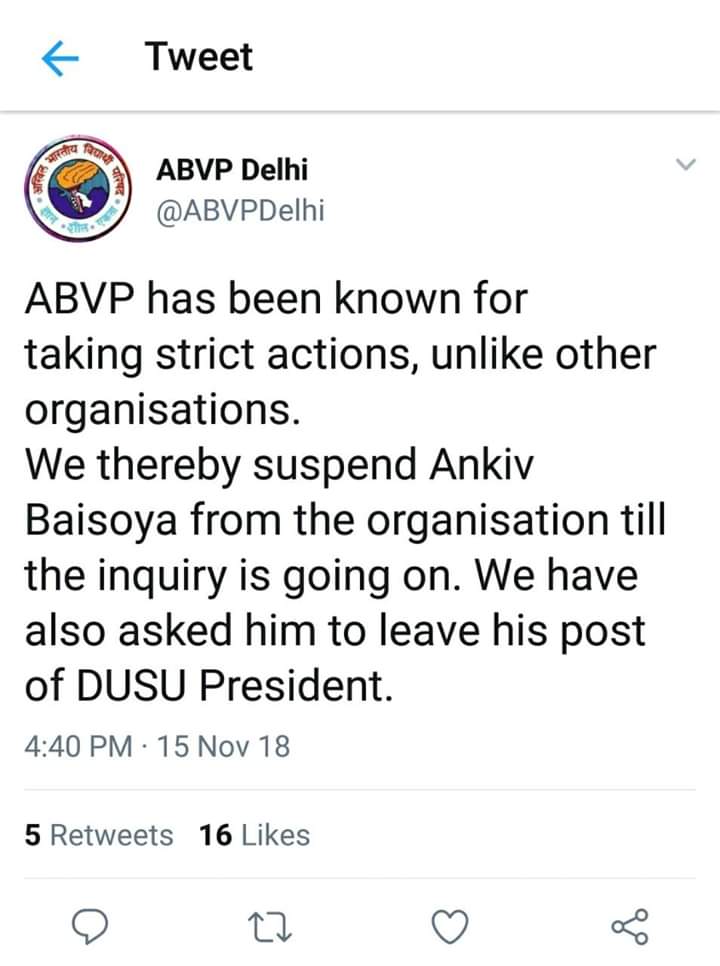 Yesterday, ABVP tweeted “ABVP has been known for taking strict actions, unlike other organisations.
We thereby suspend Ankiv Baisoya from the organization till the inquiry is going in. We have also asked him to leave his post of DUSU President.”
Also, the same was confirmed by Ankiv Baisoya’s Facebook post.

Although,  the inquiry and high court verdict on the same is yet to come.

In response to this today, AISA and NSUI held a Joint Press Conference over his fake degree case controversial suspension from ABVP.

“It’s strange and shameful that the ABVP was in deep slumber for an entire two months period and woken up suddenly when the court’s judgement is at doors. ABVP is a perfect example of ruling and capturing power by all undemocratic means.” said AISA’s Kawal Preet Kaur. 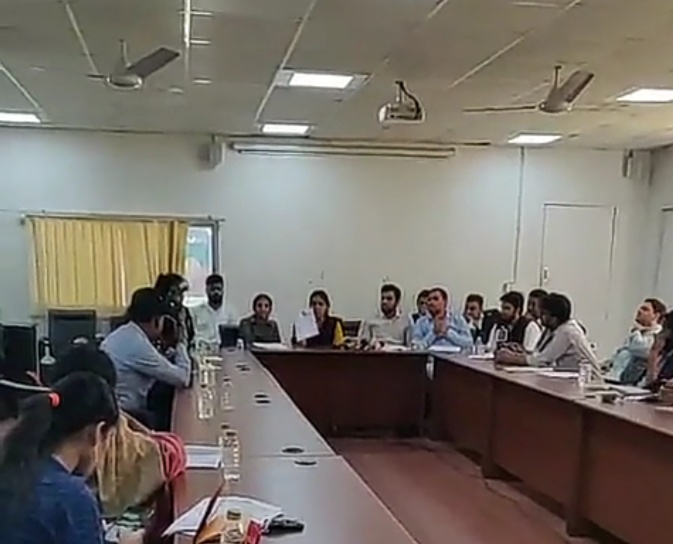 “Now, We demand mainly two possibilities from DU Admin, either the President Runner up, Sunny Chillar made President under section 101 of the Representation of People’s Act 1951 or call for a Fresh Elections declaring nomination of Ankiv Baisoya null and void as he was never a student of the University. Also, strict criminal action against Ankiv Baisoya.” said, Ruchi Gupta AICC Joint Secretary and National Incharge, NSUI. 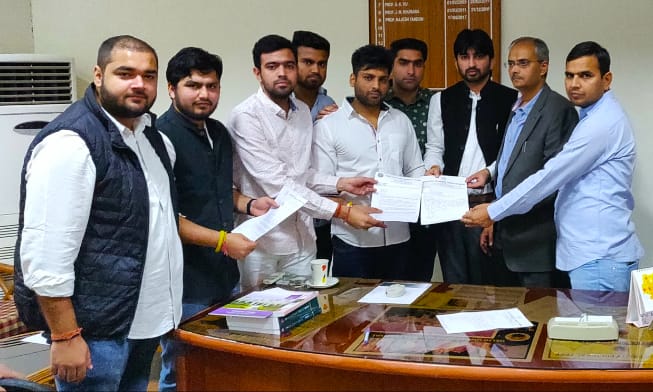 NSUI’s DUSU Secretary called it as ‘Institutional Capture’ by the RSS-BJP as DU admin deliberately tried to delay cancellation of Ankiv Baisoya’s admission to pass the 2 month period stipulated by Lyngdoh Guidelines for fresh elections. Also, he submitted a memorandum on the same to Delhi University Vice Chancellor today.

ABVP’s statement on the same is awaited.