Home NEWS Delhi CM Recieved Suggestions
The Delhi Chief Minister thanked the citizens of Delhi for giving suggestions over 5 lakhs. “It has been more than a month and a half since the lockdown was imposed…Everything was shut but it will take a lot to open everything up again,” Kejriwal said. 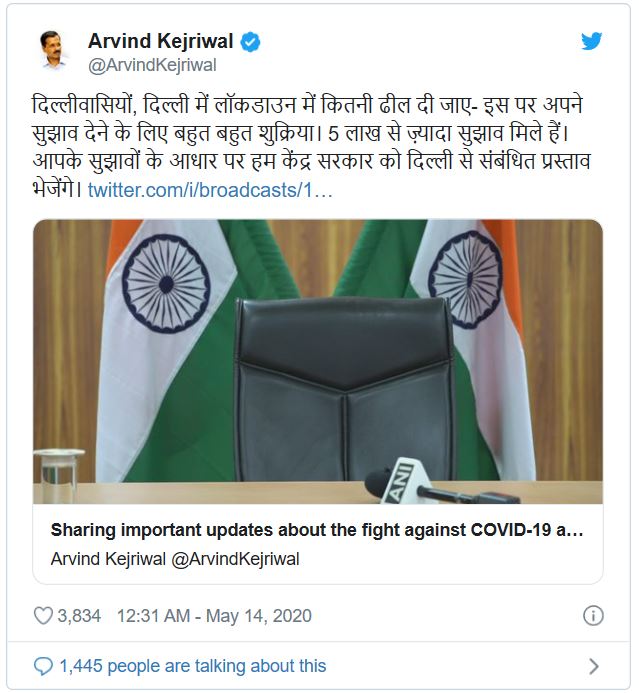 The CM has received suggestions from all over Delhi, market associations, and the majority of the respondents the suggestion colleges, schools and business-like, cinema halls, and salons should remain close as people will come in contact despite having guidelines for following.
For transportation and movement after 7 pm, the CM said that people suggested to extent public transport. “People have also asked for public transport to be allowed to open partially; autos, buses and the metro should be made available to a limited extent,” he said. Also, people suggested for the odd-even rule for opening up shops. Some even asked to open 1/3 of mall shops.
Kejriwal added that from Monday onwards some activities will be allowed as we have to work hard for the economy.
The Delhi Chief Minister will be meeting the lieutenant governor at a meeting of the State Disaster Management Authority at 4 pm, today.
As of now, cases of COVID-19 in Delhi has risen to 8470.